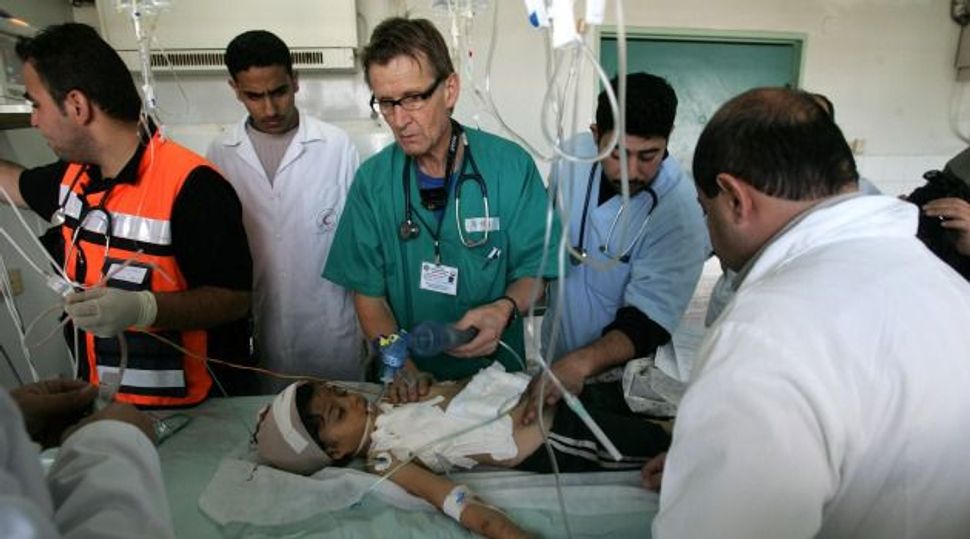 A Norwegian doctor who has traveled to Gaza to help treat Palestinians there has been banned by Israel from the coastal strip for life.

Dr. Mads Gilbert, 67, has spent over 30 years working in international conflict areas, especially Gaza, the Norwegian daily The Local reported. He spent more than a month this summer working at Gaza’s Shifa hospital helping to treat some of the thousands injured in Israel’s operation in Gaza.

Gilbert reportedly was traveling to Gaza late last month and was prevented from crossing from Israel into Gaza.

The Israeli government said that Gilbert is banned for security reasons, according to an email from the Norwegian embassy in Tel Aviv to The Local.

Gilbert told The Local he believes he is being excluded because he has made critical comments against Israel.

Gilbert was one of the authors of “An open letter for the people of Gaza,” which was published in the British medical journal The Lancet, and which accused Israel of committing a “massacre” in Gaza, among other things.

“This is not about me. This is about Israel denying the Palestinian people in Gaza international support,” Gilbert told the British daily The Independent on Saturday.

“To deny professionals from the medical field the right to go to Gaza is another aspect of the collective punishment. They’re exercising the siege in an increasingly harsh and brutal way.”