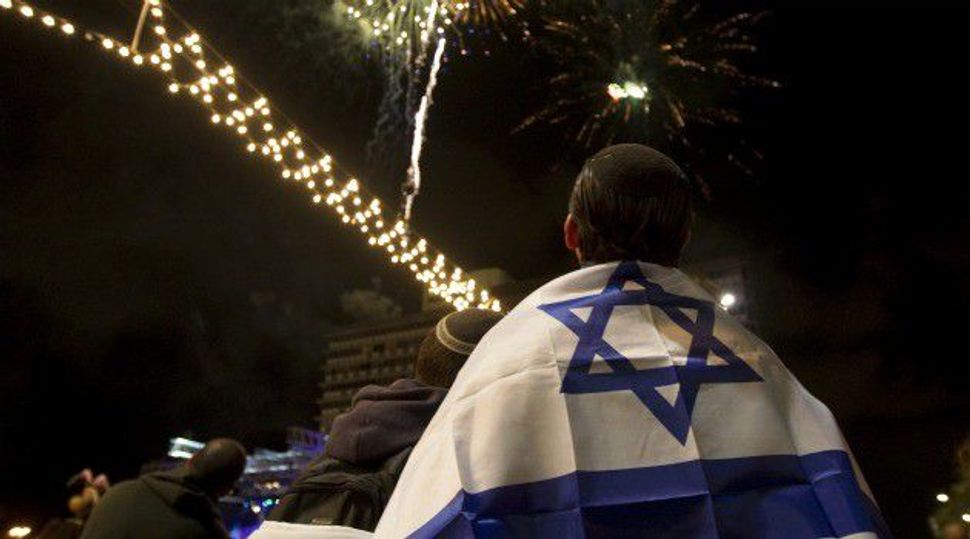 A More Jewish State? A proposed 12th Basic Law would clarify what it means for Israel to be a Jewish state. Not everyone agrees. Image by Getty Images

Divisions within Prime Minister Benjamin Netanyahu’s governing coalition delayed on Sunday a preliminary vote on a proposed law to declare Israel the nation-state of the Jewish people.

Justice Minister Tzipi Livni, who heads a centrist party, has expressed concern that the rightist-backed legislation would put preservation of Israel’s Jewish character above democratic values, and she blocked its discussion in a ministerial committee she chairs.

In now-frozen peace talks, Palestinians had rejected Netanyahu’s demand that they recognize Israel as a Jewish state. Legislators from the country’s Arab minority have described the bill as racist.

Netanyahu opened the weekly cabinet meeting on Sunday by promising to “move forward on the nationality law” proposed by his right-wing Likud party and far-right allies.

The Israeli leader said it was time for the country’s courts, which have been attacked by some ultranationalists as supportive of Palestinian land rights, “to recognize the aspect of our being the nation state of the Jewish people.”

With Likud’s support, the bill, which Netanyahu said would ensure equal rights for all Israeli citizens, had been expected to receive approval from Livni’s ministerial committee.

After Livni intervened, Netanyahu effectively side-stepped her, announcing he would move discussion of the legislation from her committee to the full cabinet. No date was announced for the cabinet debate.