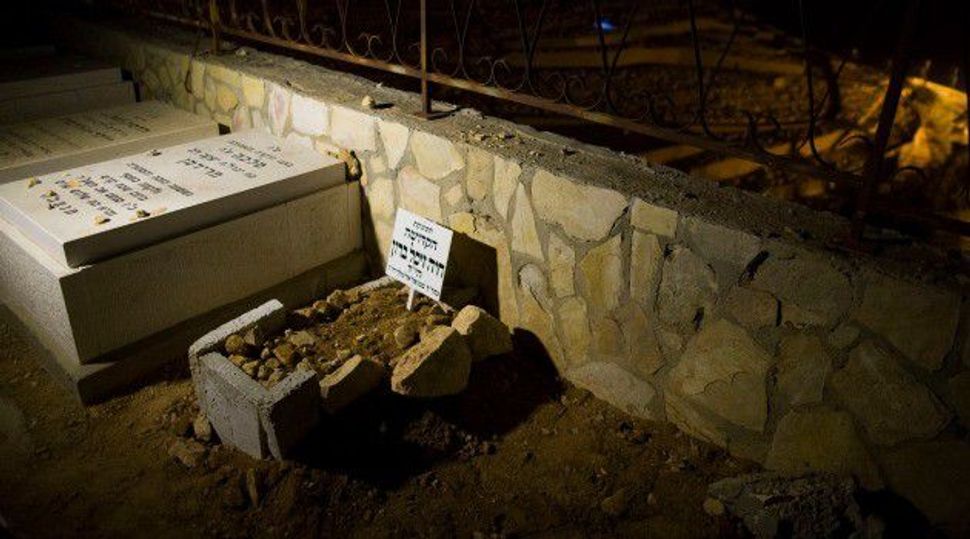 Beloved Child: The grave of Chaya Zissel Braun, the infant who was killed in the Jerusalem terrorist attack. Image by YONATAN SINDEL/FLASH 90

The family home of the Palestinian man who killed two people when he drove into a crowd of commuters at a Jerusalem Light Rail stop was ordered to be demolished.

Israel sent the family of Abdelrahman al-Shaludi the demolition order on Friday; the family had 48 hours to appeal. The home is on the fourth floor of an apartment building in the eastern Jerusalem neighborhood of Silwan.

Shaludi crashed his car on Oct. 22 into the Ammunition Hill light rail station in northern. A 3-month-old girl died at the scene and a 22-year-old visitor from Ecuador, who was in the process of converting to Judaism, died four days later. Eight people also were injured in the attack as passengers were disembarking from the train.

Shaludi attempted to flee on foot and was shot and killed by police, who confirmed that he had previously served time in an Israeli prison.

The family has denied that Shaludi executed a terror attack, saying he lost control of his car.