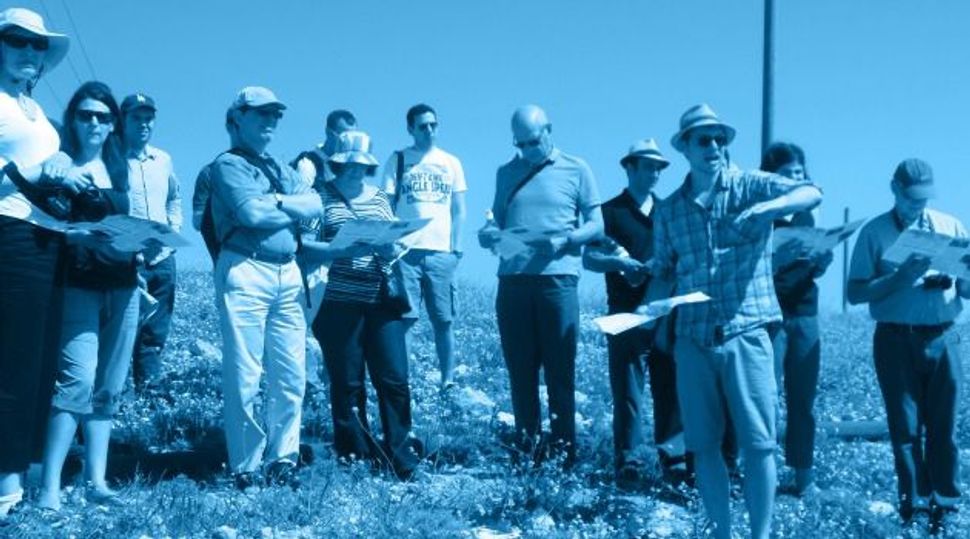 Fact-Finding: A Yachad tour overlooking the South Hebron Hills at the southern-most tip of the West Bank. Image by Yachad

The umbrella organization for British Jewry accepted for membership a group that backed the recent nonbinding parliamentary vote recognizing a Palestinian state.

On Sunday, the Board of Deputies of British Jewry voted 135 to 61 to accept Yachad UK, which calls itself “pro-Israel, pro-peace.” The group supports a two-state solution and takes British Jews on fact-finding tours of the West Bank.

The group needed a two-thirds majority for acceptance, and the vote had been delayed twice before, the London-based Jewish Chronicle reported.

Several speakers during Sunday’s debate said they did not agree with the policies of Yachad UK but felt it should be included as a member of the umbrella organization.

Yachad UK has also called for support of the Arab peace initiative offering Israel normalized relations with the Arab world in exchange for a return to the pre-1967 borders, as well as a “just solution” to the Palestinian refugee issue that would be “agreed upon” by the parties.