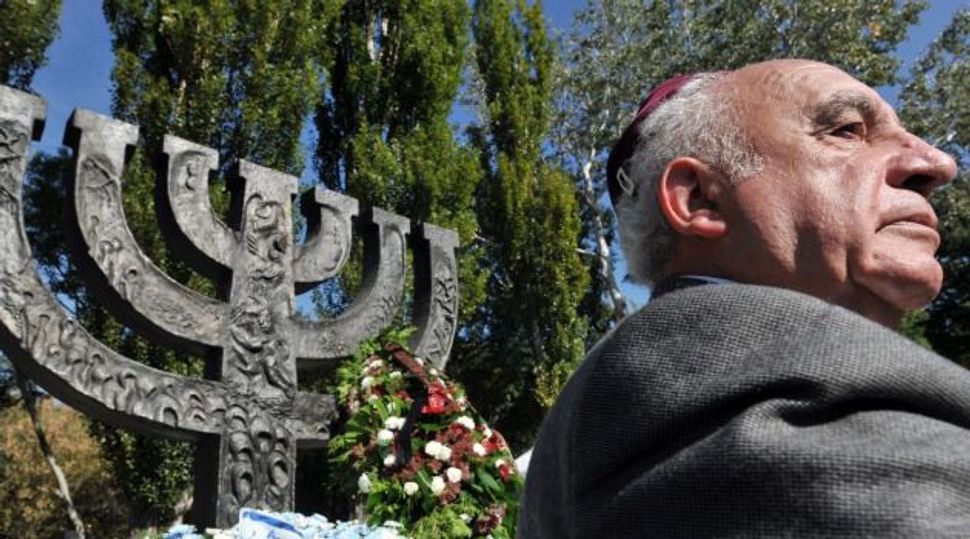 Swastikas were painted on the Holocaust memorial monument at Babi Yar in Kiev.

It is the second time that the monument has been vandalized in two months.

The graffiti was found Monday during a tour at the site for schoolchildren, The Jerusalem Post reported.

A swastika was painted on the monument, located at the site where Nazi troops murdered more than 33,000 in September 1941.

In a separate incident, anti-Semitic graffiti was spray-painted on the walls of a Jewish school in Kharkov, Ukraine.

The graffiti included messages such as “Kill the Jews” and “Heil Happy Holocaust,” along with crossed-out images of Stars of David and swastikas, according to Israel National News.

Local police have launched an investigation into the Nov. 13 incident.

“At such a sensitive time, it is difficult to know who is behind this act,” Kharkov’s chief rabbi, Moshe Moskowitz, told the news website.