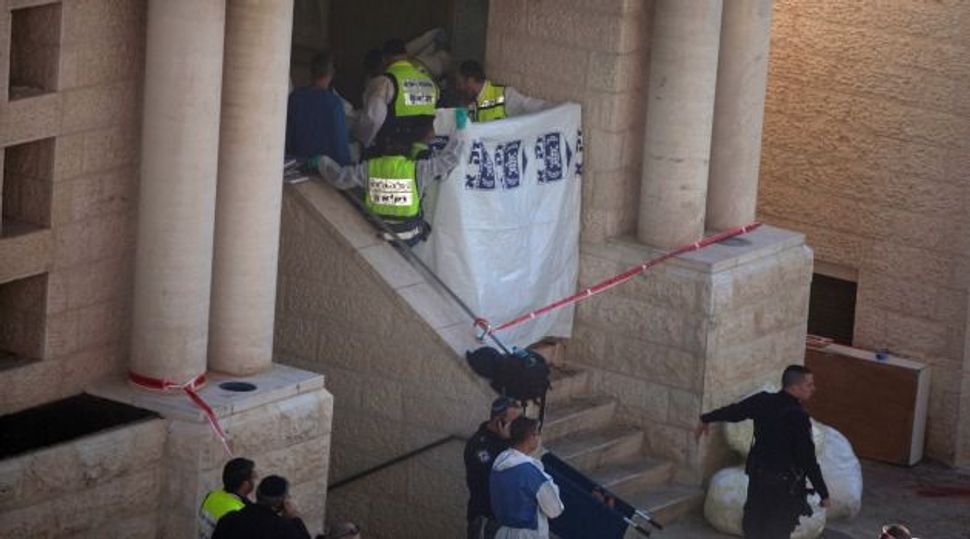 President Barack Obama on Tuesday condemned the attack by two Palestinians on a synagogue in Jerusalem that killed four people, including three Americans, and called on Israeli and Palestinian leaders to lower tensions and seek peace.

“I strongly condemn today’s terrorist attack on worshipers at a synagogue in Jerusalem,” Obama said in a statement. “There is and can be no justification for such attacks against innocent civilians.”

“At this sensitive moment in Jerusalem, it is all the more important for Israeli and Palestinian leaders and ordinary citizens to work cooperatively together to lower tensions, reject violence, and seek a path forward towards peace,” he said.

Speaking to reporters at the White House, Obama said U.S. Secretary of State John Kerry had spoken to Israeli Prime Minister Benjamin Netanyahu about the attacks.

“Tragically this is not the first loss of life that we have seen in recent months. Too many Israelis have died, too many Palestinians have died. And at this difficult time I think it’s important for both Palestinians and Israelis to try to work together to lower tensions,” he said.