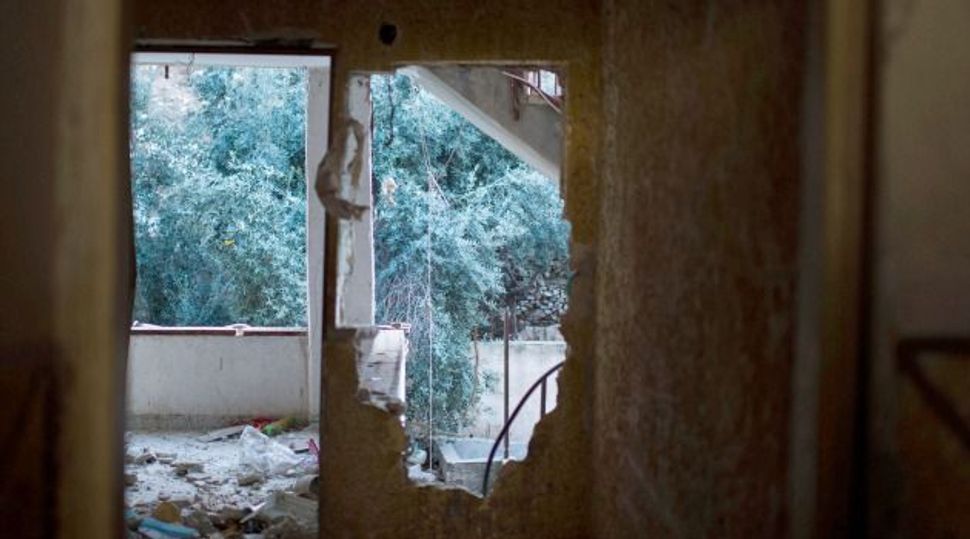 A day after two militants killed four rabbis and a policeman at a synagogue, Israel on Wednesday destroyed the home of a Palestinian who last month ran over and killed two people at a Jerusalem tram stop,

The home of Abdel-Rahman Shaloudi, 21, was blown up before dawn, police and the military said. East Jerusalem resident Shaloudi was shot dead by police as he tried to flee after mowing down commuters at a light railway stop on Oct. 22.

A three-month-old baby, a U.S. citizen, and a 22-year-old tourist from Ecuador were killed when he rammed the tram stop with his car. Seven other people were injured.

Shaloudi’s home in the East Jerusalem neighborhood of Silwan, adjacent to the old walled city, has been a scene of confrontations since the incident, which his family has said was a traffic accident.

Violence in Jerusalem and other areas of Israel and the Israeli-occupied Palestinian territories has surged since July when a Palestinian teenager was burned to death by Jewish assailants, an alleged revenge attack for the abduction and killing of three Jewish teens by Palestinian militants in the occupied West Bank.

Israel’s army has blown up or demolished militants’ homes for decades but stopped the practice in 2005, saying it was counterproductive in their effort to discourage attacks. Court-sanctioned demolitions resumed earlier this year.

Tuesday’s attack at a Jerusalem synagogue where the four rabbis and a policeman were killed was the worst in the city since 2008 when a Palestinian gunman killed eight people at a religious school.

Tension has deepened in Silwan and other areas of Arab East Jerusalem in recent months, with almost nightly clashes between Palestinians throwing rocks and setting off firecrackers and armed Israeli police firing stun grenades and tear gas.

The unrest has grown since the July-August war in Gaza and the movement of dozens of Jewish settlers into Silwan in recent weeks.

A push by Orthodox Jews to be allowed to pray at an Old City site that is holy to both Muslims and Jews, in defiance of a decades-long ban agreed by Israel, has also fueled anger.

Palestinians seek Jerusalem, the West Bank and Gaza – lands captured and occupied by Israel after the 1967 war – for their future state.

Citing historical and Biblical roots, Israel regards all of Jerusalem as its capital and has annexed it in a move that is not accepted internationally.