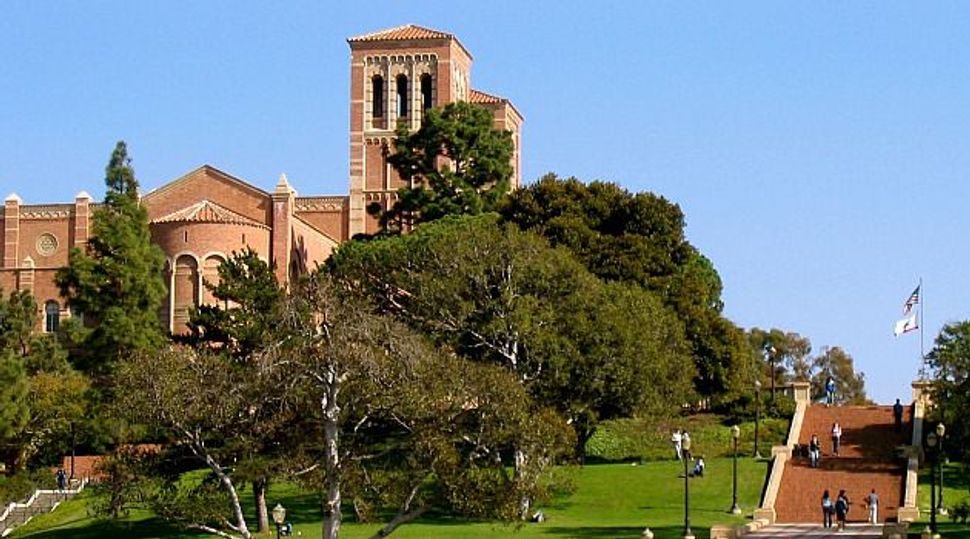 The UCLA undergraduate student government passed a resolution that calls for the University of California to divest from American companies that are accused of abusing Palestinian human rights.

The student government passed the divestment resolution by a vote of 8 to 2, with two abstentions on Tuesday night.

The passing vote comes nine months after the student government rejected a similar resolution by a vote of 7-5, which came amid threats to student representatives and accusations that the campus Jewish community was not consulted on the resolution.

Brought by Students for Justice in Palestine, the resolution called for divestment from Caterpillar, General Electric, Hewlett-Packard, Cemex and Cement Roadstone Holdings — companies that divestment backers said were used by the Israeli military to violate Palestinian human rights in the West Bank and Gaza Strip.

About 250 students attended the Undergraduate Students Association Council meeting on Tuesday night, according to the UCLA student newspaper, The Daily Bruin. There was 90 minutes of public comment on the resolution during the meeting, though only students who supported the proposal spoke, according to the newspaper.

Representatives from Hillel at UCLA, Bruins for Israel and J Street U made a special 15-minute presentation during which they explained their opposition to the resolution. Students for Justice in Palestine also made a presentation, saying that the university should divest from the companies because they because they either contributed to the construction of settlements in the West Bank or provided weapons used in attacks on Palestinians in the Gaza Strip, according to the Daily Bruin.