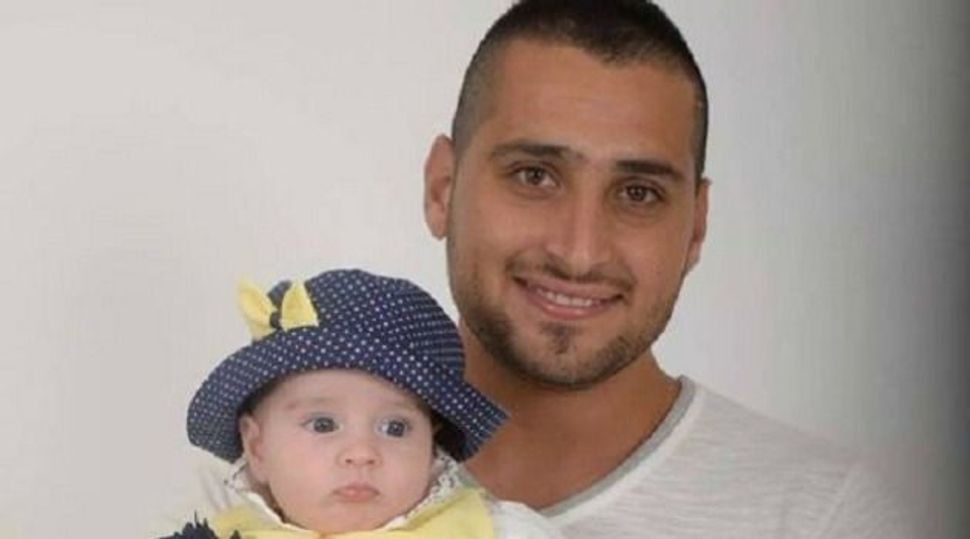 Zidan Saif in a family photo with his daughter.

Thousands of mourners, including busloads of haredi Orthodox Jews, attended the funeral of the Druze police officer killed in the terror attack on a synagogue in Jerusalem.

The funeral took place in the presence of political leaders and religious leaders representing a variety of faiths.

“What do we tell a 5-month-old girl who will never know her father, that will grow up an orphan? We will tell her that her father was a hero,” Rivlin said. Saif died Tuesday night from wounds sustained during a shootout with the terrorists.

The haredi Orthodox community in Jerusalem and elsewhere organized buses to bring people to the funeral.

The funeral came hours after worshipers again entered the Bnei Torah Kehilat Yaakov synagogue for morning services, passing a security guard at the entrance to the building.

Economy Minister Naftali Bennett of the Jewish Home party and Dov Lipman of the Yesh Atid party joined the worshipers. A congregant who was injured in the attack also returned for services.

Four of those injured in the attack remain hospitalized. Of them, two are in serious condition, one in moderate condition and one in the orthopedic ward.