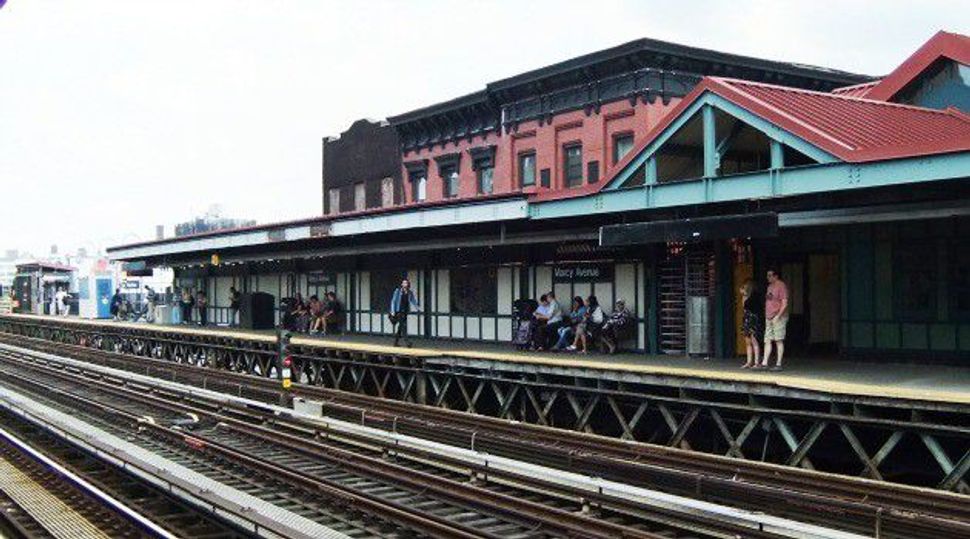 Police have arrested a 15-year old boy for allegedly participating in an anti-Semitic attack at a Brooklyn subway station.

The New York City Police Department suspects that the teenager, who was arrested on Tuesday night, was one of three assailants who beat an Orthodox Jewish man with his own umbrella on Monday afternoon and shouted anti-Semitic epithets, according to the New York Daily News. Police charged the boy with assault as a hate crime.

The victim, who has identified himself to media as Rabbi Haim, is an Israeli citizen who came to New York for treatment of Hodgkins lymphoma.

“Maybe those people think the cancer I have, it’s not enough,” he told CBS 2 news.

According to the news website DNAinfo, police have said that the victim is Hasidic.

Rabbi Haim was beaten with his own umbrella after he discovered the three suspects trying to take his wallet out of his pocket at the Marcy Avenue station in Williamsburg, a neighborhood with a large Hasidic community. The assailants called him a “dirty bloody Jew” and a “f—ing Jew” during the attack, according to the New York Daily News. A bystander who intervened in the attack also was attacked, the New York Daily News reported, citing the website JPUpdates.com. The attackers fled on a Manhattan-bound train.