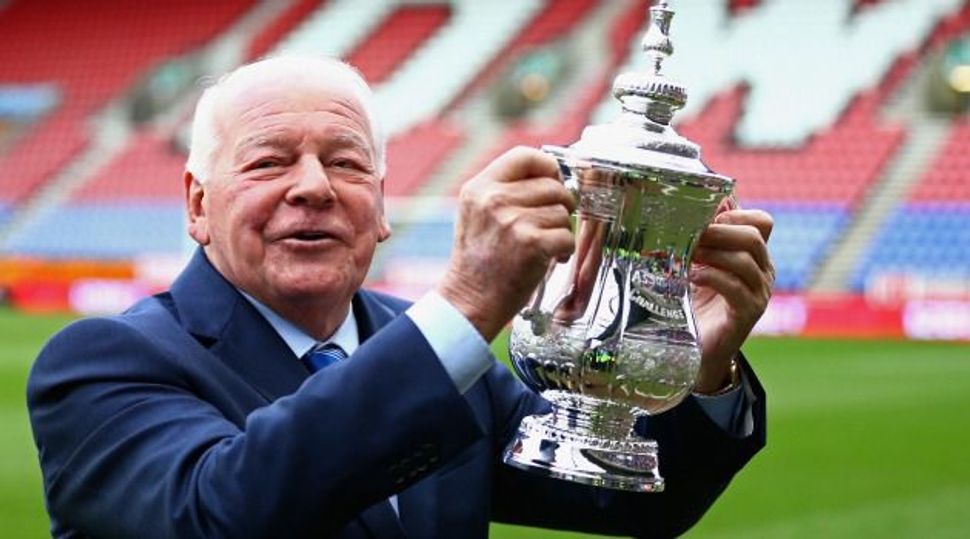 The owner of a British soccer club apologized for saying in an interview that Jews were inclined to chase money and for defending a racial slur against Asians.

Dave Whelan, who owns the Wigan Athletic Football Club near Manchester, made the statements in an interview published on Thursday in The Guardian daily and apologized for making them on Friday in an interview with the BBC.

Whelan told The Guardian that “Jewish people chase money more than everybody else.” He was defending his decision Wednesday to name Malky Mackay as the club’s manager despite a British Football Association inquiry into Mackay for alleged racism in recent email and text exchanges.

The three texts or emails Mackay had sent, Whelan said, included one describing the Malaysian businessman Vincent Tan as a “chink.” In another, Mackay referred to the Jewish soccer agent, Phil Smith, saying: “Nothing like a Jew that sees money slipping through his fingers.”

Whelan said Mackay’s slur against Tan “was nothing.”

But following protests by anti-racism groups, Whelan told BBC: “If I have upset one person, I apologize.”

Kick It Out, a platform against racism in soccer, said Whelan “has brought into question whether he is a fit and proper person who should be running” a professional soccer club.

The remarks, the Kick It Out platform wrote in a statement, “act as another example of the culture which continues to exist within football, and further proves that some in positions of power seem comfortable sharing those views either privately or publicly. These comments must not go unchallenged and have to be investigated by the Football Association.”