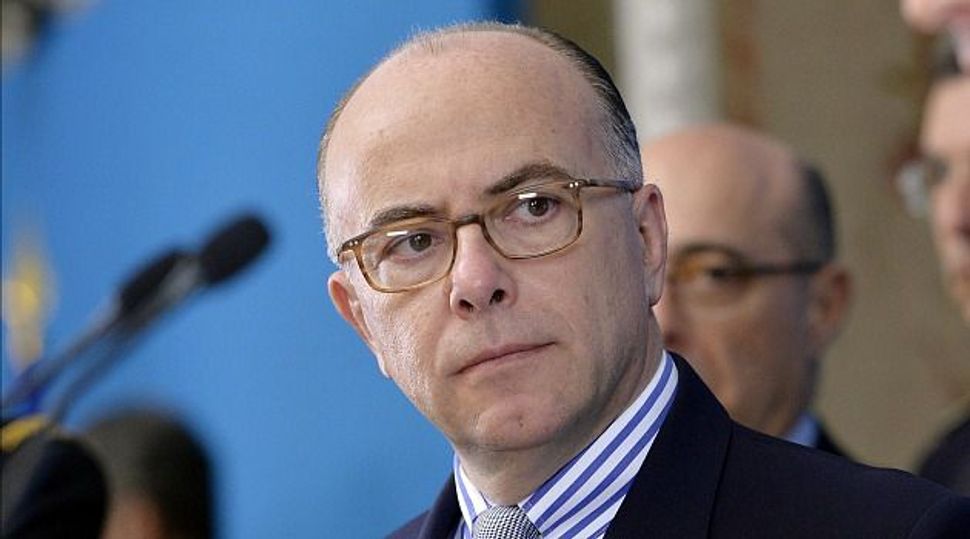 Cazeneuve’s statement, unusual for French politicians, was made Wednesday during a speech at a gala in Paris organized by the French Jewish Radio J station.

“I feel more close to you than you can imagine, close to you. Also in my heart, through ties of affection and friendship and sentiment, but also — and this is almost more important to me — through spirit,” Cazeneuve said during his address at the gala which took place at the Paris Marriott Hotel Champs-Elysees. “Through a great admiration.”

Cazeneuve, a Socialist politician who is not Jewish, cited the late French Jewish philosopher Vladimir Jankelevitch, saying: “He largely shaped my way of thinking on the biggest philosophical questions.”

In 2011, Valls said his marriage to the Jewish violinist Anne Gravoin connected him “in an eternal way” to Israel and the Jewish people. He also said “anti-Zionism is an invitation to anti-Semitism.”

At Wednesday’s gala, Cazeneuve shared his recollections of lectures on the Jewish religion that he attended at the synagogue on Rue Copernic in Paris, where in 1980 four people died in a terrorist attack.

Indignation in the face of anti-Semitic attacks was “another issue that connects me to you,” Cazeneuve said, referring to the steady rise in anti-Semitic hate crimes in France since 2002, coincident with tensions in the Middle East.

“Every time you feel the violence exercised against you, when you are afraid for your children, when you are worried about this rising violence, remind yourselves that the republic protects you and an interior minister who loves you and who is your friend,” Cazeneuve said

Cazeneuve, 51, replaced Manuel Valls in April after Valls was made prime minister.

On Monday, the Conference of European Rabbis, or CER, announced it will award Valls with this year’s Lord Jakobovits Prize for European Jewry for his “exemplary determination in the fight against antisemitism.”