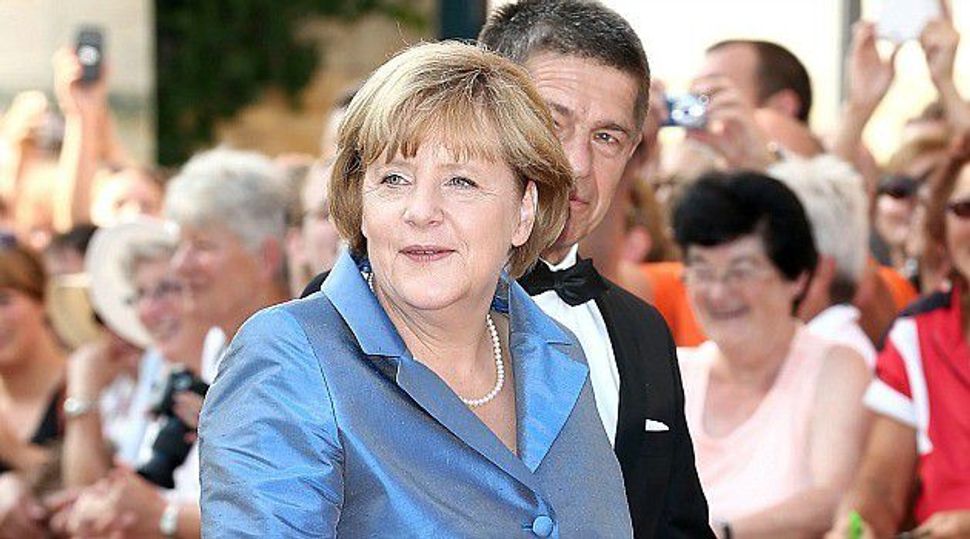 Chancellor Angela Merkel on Friday rejected the idea of Germany recognizing Palestine as a state unilaterally, saying the Palestinians and Israel could solve their long-running conflict only through negotiations.

The aim should be that both sides agree on a two-state solution – Israel and a future Palestine – co-existing side by side, Merkel told a news conference in Berlin after meeting Belgian Prime Minister Charles Michel.

“Therefore from our point of view, an unilateral recognition of the Palestinian state would not move us forward on the way to a two-state solution,” the conservative chancellor said.

Michel said Belgium generally favored recognizing Palestine as a state. “But the question is when is the right moment,” he added, stressing the need for a common European Union position.

Since the 28 EU member states would need to decide unanimously on recognizing Palestine as a state, Merkel’s objection mounts to a veto on the subject.

On Tuesday, Spanish lawmakers urged their government to recognize Palestine. The symbolic motion, backed of all the political groups of Spain’s lower house, echoed similar votes last month in Britain and Ireland.

The Swedish government last month officially recognized the state of Palestine with Foreign Minister Margot Wallstrom voicing hope that the move would invigorate diplomacy to end decades of Israeli-Palestinian conflict.

Israel recalled its ambassador for consultations, however, saying the Swedish decision was counterproductive and would hurt prospects for future negotiations, while the move won praise from Palestinians who called on other countries to match it.

Palestinians seek statehood in the Israeli-occupied West Bank and the blockaded Gaza Strip, with East Jerusalem as their capital. Israel took all three areas in the 1967 Middle East war, although soldiers and settlers pulled out of Gaza in 2005.

Years of efforts to forge a two-state solution have made little progress, with the last effort at negotiations collapsing in April. Palestinians now see little choice but to make a unilateral push for statehood.

A total of 135 countries already recognize Palestine, including several east European countries that did so before they joined the EU.