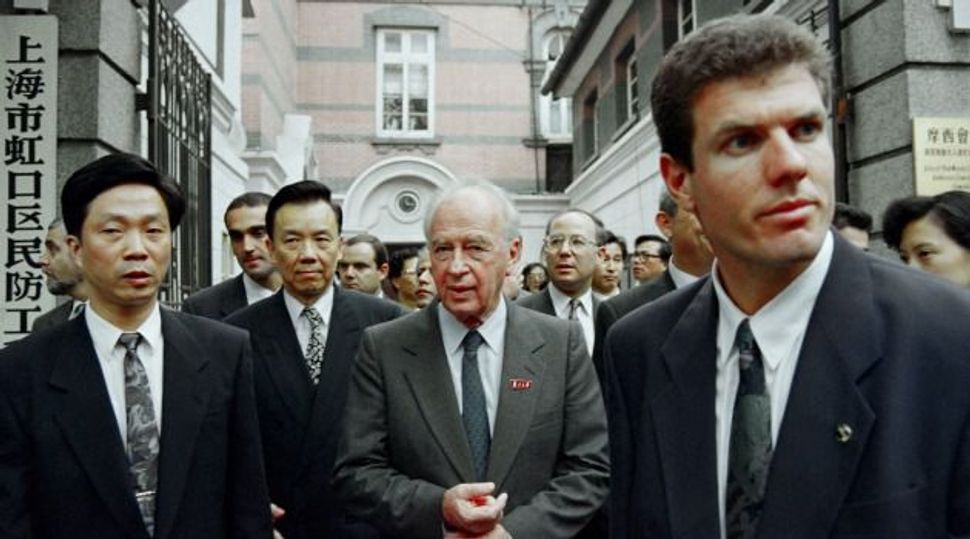 Safe Harbor: Israeli Prime Minister Yitzhak Rabin walks out with Chinese officials after a 1993 visit to the Moses Synagogue which was turned into a museum in memory of the Jews who came to Shanghai during the Holocaust. Image by Getty Images

The U.S. National Archives is opening to researchers postwar visa application records from the U.S. consulate in Shanghai, a potential trove for information about Holocaust refugees in that city.

“This collection adds to the extensive Holocaust-related records holdings at the National Archives,” according to a Nov. 20 statement from the archives.

“From 1938 on, an estimated 20,000 Jewish refugees from Germany and Austria escaped to Shanghai, the only place in the world that did not require a visa to enter,” the statement said. “Between 1939 and 1940, nearly 2,000 Polish Jews escaped to Shanghai, avoiding certain death.”

The 1,300 case files for applicants for U.S. visas covers the period 1946-1951 and could provide a window into the postwar movements of the refugees.

In addition to Jewish refugees, the city hosted diasporas from an array of war-battered countries.