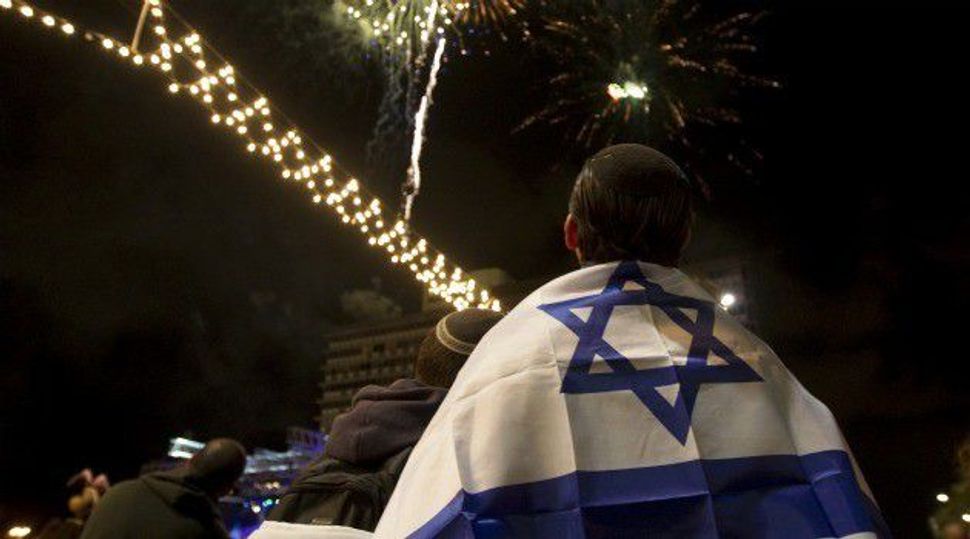 Israel’s Cabinet passed a controversial bill that would identify Israel as the nation-state of the Jewish people.

The bill passed the Cabinet Sunday by a vote of 14 to 6. It will move on to the Knesset on Wednesday, where it must pass a preliminary reading and then two other readings.

The opposition includes five members of the Yesh Atid party and Justice Minister Tzipi Livni. The ministers of the Likud, Yisrael Beiteinu and Jewish Home parties voted in favor of the bill, proposed by Likud’s Zeev Elkin. Culture Minister Limor Livnat of the Likud party abstained from the vote.

The bill “defines the State of Israel’s identity as the nation-state of the Jewish people.” It would make Hebrew the official language, with Arabic having “special status,” and also calls Jewish law a basis for new legislation, among other matters.

A softening of the legislation proposed by Netanyahu reportedly will be substituted for the current version when it returns to committee after the preliminary reading.

The Cabinet’s closed-door discussion on the bill reportedly degenerated into a shouting match.

“The State of Israel is the national state of the Jewish People,” Netanyahu said Sunday at the start of the Cabinet meeting. “It has equal individual rights for every citizen and we insist on this. But only the Jewish People have national rights: A flag, anthem, the right of every Jew to immigrate to the country, and other national symbols. These are granted only to our people, in its one and only state.”

Netanyahu continued: “There are many who are challenging Israel’s character as the national state of the Jewish people. The Palestinians refuse to recognize this and there is also opposition from within. There are those – including those who deny our national rights – who would like to establish autonomy in the Galilee and the Negev. Neither do I understand those who are calling for two states for two peoples but who also oppose anchoring this in law. They are pleased to recognize a Palestinian national state but strongly oppose a Jewish national state.”