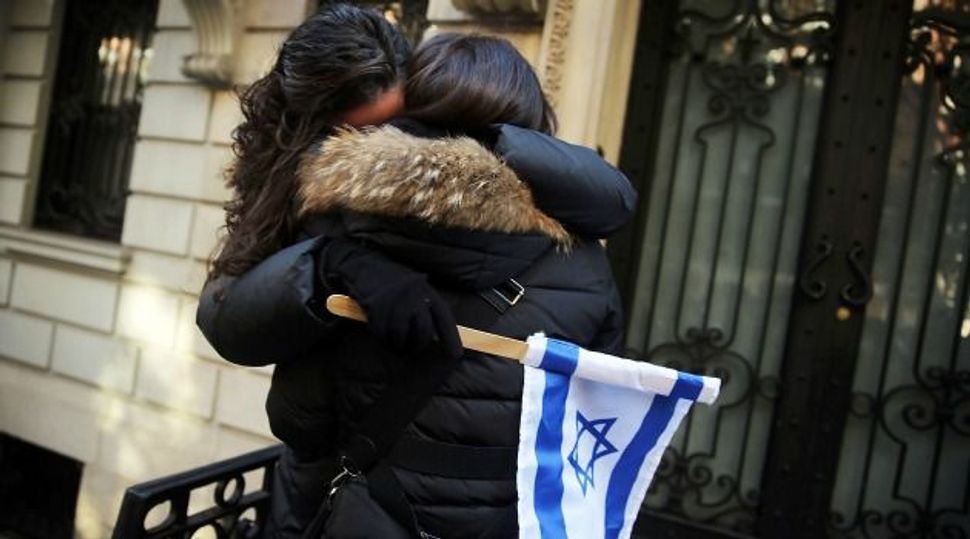 A Canadian-Israeli citizen remains in a coma nearly a week after the deadly attack on a Jerusalem synagogue during morning prayers.

Howie Rothman, 53, who moved to Israel some 30 years ago and is the father of 10 children, was hit in the head and arm with a meat cleaver by one of the terrorists. He has lost vision in one eye, suffered brain damage and after at least three surgeries remains in a medically induced coma, the Toronto Sun reported.

The United Jewish Appeal in Toronto over the weekend held what the agency’s representative Steven Shulman called an “unprecedented” fundraising appeal for an individual.

“We don’t do this kind of fundraising; we do it for the community at large. We have made an exception in this case,” Shulman told congregants at the Beth Torah synagogue in suburban Toronto on Saturday, according to the newspaper.

“Howie is a product of this community and in terms of need it’s tremendous. He has 10 children and six are still at home. He was attacked and his life has changed forever. We had to do something. That is the essence of being Jewish.”

Rothman, who works for Israel’s state comptroller and was a regular worshiper at the Har Nof synagogue where the attack took place, also recently became a grandfather for the first time, according to reports