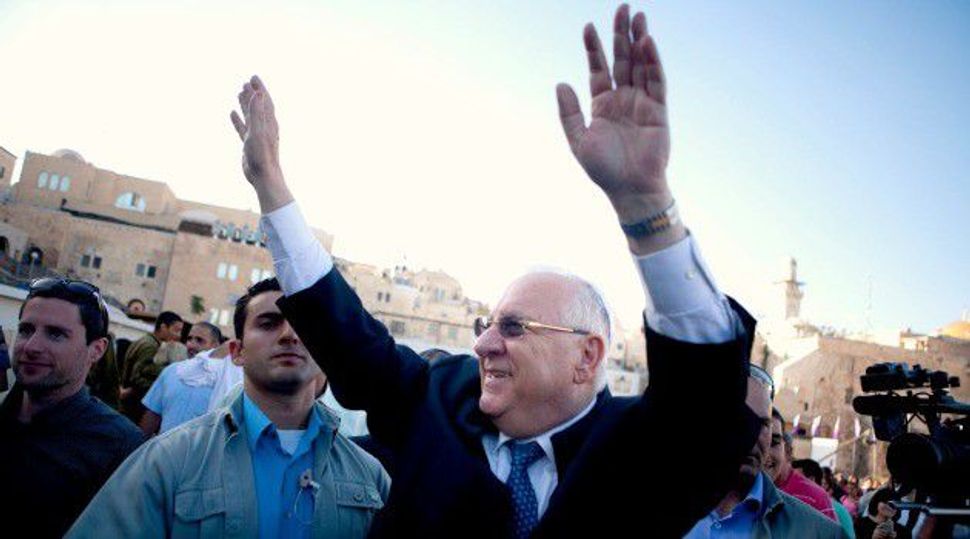 Israel’s president has said a bill promoted by Prime Minister Benjamin Netanyahu that would anchor in law the status of Israel as the nation-state of the Jewish people runs counter to its founding fathers’ vision of equality for Arab citizens.

The bill comes at a time of high tensions in Israel, the occupied West Bank and Jerusalem, where a dispute over access to a religious site sacred to Jews and Muslims alike has ignited Palestinian streets protests and lethal attacks on Jews.

“The formulators of the (Israeli) Declaration of Independence, with much wisdom, insisted the Arab communities in Israel, as well as other groups, should not feel as the Jews had felt in exile,” President Reuven Rivlin said in a speech on Tuesday.

The 1948 declaration, while proclaiming the creation of a Jewish state, also emphasized its democratic nature and promised “complete equality” of social, religious and cultural rights for all, said Rivlin, whose office is mainly ceremonial.

The new bill won cabinet approval on Sunday, despite the opposition of centrist ministers, but several versions must still be merged and parliamentary ratification is not imminent.

Netanyahu’s draft pledges to “uphold the individual rights of all of Israel’s citizens.” But it also says only the Jewish people have “national rights” – the right to self-determination in Israel and to a flag, an anthem and free immigration.

Critics say the bill is anti-democratic and legislators from the Arab community, which makes up 20 percent of Israel’s population of 8.2 million, have described the bill as racist.

On being elected by parliament to the presidency in June, Rivlin, a veteran right-wing politician who has had a rocky relationship with Netanyahu, said he would speak out on domestic issues. He ended his acceptance speech by proclaiming “Long live Israeli democracy.”

Many political commentators say Netanyahu’s main reason for pushing the bill is to placate hardliners in his right-wing Likud party ahead of an internal leadership ballot in January and a possible early national election next year.

Netanyahu has said the legislation will serve as a counterpoint to anyone “challenging Israel’s character as the national state of the Jewish people.” Palestinians have said accepting that definition could deny Palestinian refugees of past wars any right of return.

Rivlin’s own views on Palestinian self-determination are controversial. He opposes an independent state for Palestinians, backing instead a confederation between them and Israel.