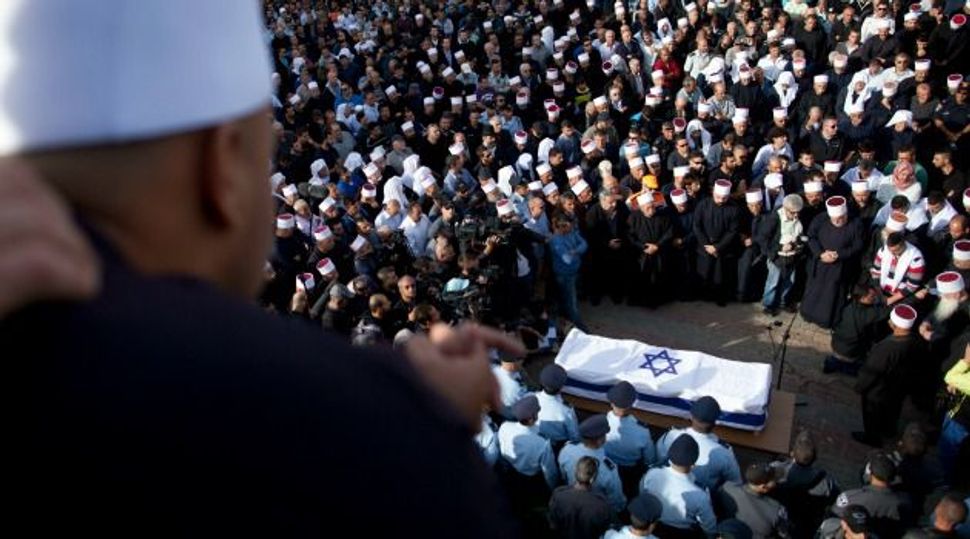 ‘Our Very Flesh’Druze and Israelis attend funeral of Zidan Saif, a police officer killed in the Jerusalem terror attack. Image by getty images

Netanyahu on Wednesday evening offered his condolences on the deaths of Police Master Sergeant Zidan Saif, who was killed in the terror attack on a Jerusalem synagogue, and of Border Police Chief Inspector Jidan Assad, killed earlier this month when a Palestinian terrorist drove his car into a crowd of people at a light rail station in Jerusalem.

“You are our very flesh. You are an organic part of Israeli society. Your heroic policemen and soldiers have fallen in order to defend the state and all its citizens, but we will defend your rights and your security,” Netanyahu told the Druze leaders.

“There is a deep emotional commitment here that found expression in the crowds who came to the funeral. This emotionally underscored what Israeli citizens feel and what I feel,” he said.