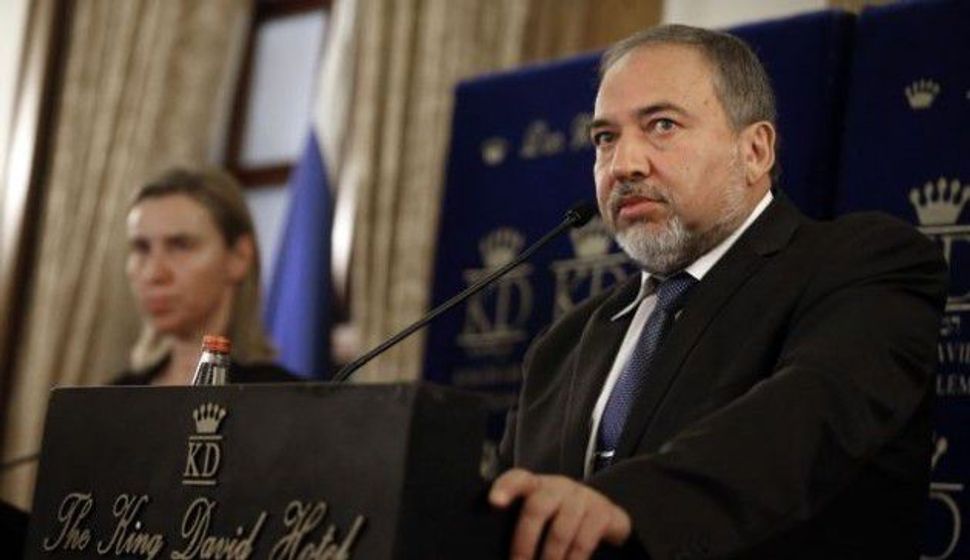 (Reuters) — Israeli Foreign Minister Avigdor Lieberman proposed on Friday that Arab citizens of Israel be offered financial incentives to leave the country and relocate to a future Palestinian state.

Lieberman, whose ultra-nationalist party is a core part of Prime Minister Benjamin Netanyahu’s coalition, has previously spoken about redrawing borders but not about using sweeteners to encourage Arabs to uproot to a Palestinian state.

His proposals were made in the form of a manifesto, presented with expectations rising that Israel may have to hold early elections in the coming months as Netanyahu’s coalition frays. Elections are not formally due until 2017.

Lieberman, one of the most strident voices in favor of the separation of Jews and Arabs, said Palestinians living in Jaffa and Acre, two mixed cities on the Mediterranean coast far from the West Bank, should be encouraged to move if they want.

“Those (Israeli Arabs) who decide that their identity is Palestinian will be able to forfeit their Israeli citizenship and move and become citizens of the future Palestinian state,” he wrote in the manifesto, entitled Swimming Against the Stream, published on his Facebook page and his party’s website.

“Israel should even encourage them to do so with a system of economic incentives,” he said.

The last round of negotiations between Israel and the Palestinians, who seek a state in the West Bank and Gaza with East Jerusalem as their capital, collapsed in April.

Lieberman has in the past called on Israeli Arabs, who make up about 20 percent of Israel’s 8 million population, to take a loyalty oath if they want to remain in Israel, a measure that Netanyahu denounced at the time.

But Netanyahu is now backing a contentious bill that would define Israel as the Jewish nation state and enshrine certain rights for Jews. Critics say it would discriminate against Arab-Israelis and put religion and ethnicity above democracy.

The bill comes at a time of high tensions in Israel, the occupied West Bank and Jerusalem, where a dispute over access to a religious site sacred to Jews and Muslims alike has ignited Palestinian streets protests and lethal attacks on Jews.

A poll carried out in 2010, after Lieberman addressed the United Nations and set out plans for the borders of a future Palestinian state to be redrawn to include Arab towns in Israel, showed that 58 percent of Israeli Arabs opposed the idea.