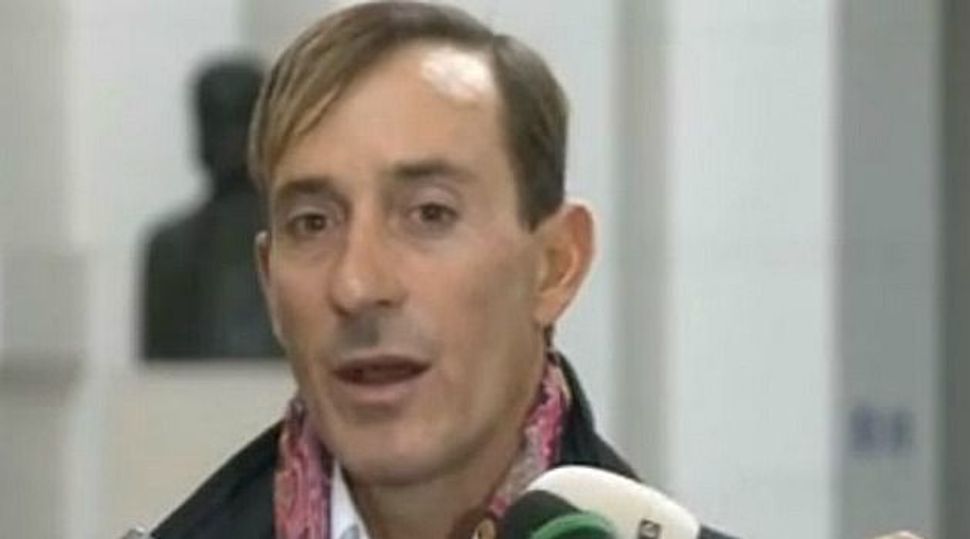 The Hitler hairdo of a Romanian mayor, who in 2009 was photographed wearing a Nazi uniform, prompted a Jewish watchdog group to sue him for allegedly inciting hatred.

The Center for Monitoring and Combating Anti-Semitism, or MCA Romania, filed a criminal complaint last week against Radu Mazare, the mayor of the seaside resort town of Constanta, after he spoke to the media about his haircut, which resembles that of the Nazi leader Adolf Hitler.

MCA Romania’s complaint to the prosecutor’s office of the High Court of Cassation and Justice, accused Mazare of inspiring pro-Nazi sentiment by celebrating the haircut. The complaint qualifies the mayor’s actions as an “outrageous, provocative and defiant” show of Nazi sympathies.

Mazare in 2009 attended a fashion show with his son while wearing a fake Nazi uniform which he said he had bought because he liked how it looked. He said he did not see the swastikas on the uniform but critics disputed this as he climbed the stage with his son while marching in a military style typical of German soldiers.

In an interview published earlier this month in the Adevarul daily newspaper, Mazare said he was surprised to learn of the criminal complaint filed against him and claimed his new haircut — which he adopted shortly before the first round of Romania’s presidential elections — owed to his desire to keep up with current trends.

“I got the haircut to fit in to the hairstyles I see people wearing on the street,” he said.