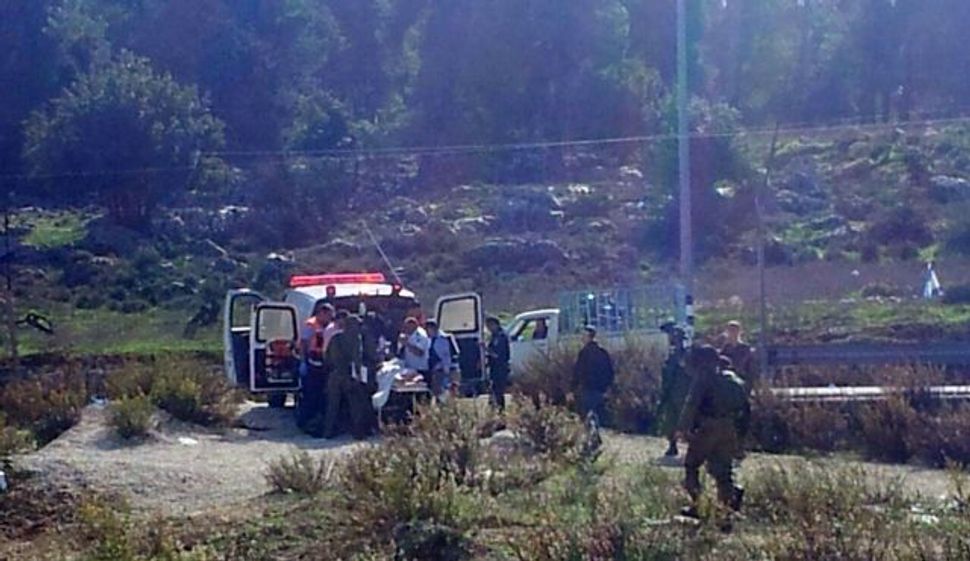 A Palestinian woman stabbed an Israeli in the occupied West Bank on Monday and was then shot and wounded by security forces, the military and police said.

The latest incident occurred in the Etzion bloc of Jewish settlements near Jerusalem. The Israeli was lightly wounded.

A military spokesman said the Israeli was a civilian and that security forces “overcame the suspect and transferred her for further medical assistance.”

A police spokeswoman said the Palestinian woman who carried out the attack was shot. Reuters witnesses saw her being taken to Jerusalem’s Hadassah hospital. A hospital spokeswoman said she was seriously wounded.

In July, a Palestinian youth was burned to death by Jewish attackers, allegedly in revenge for the killing of three Israeli teens by Palestinian militants in the West Bank in June.

A 50-day war that began in July between Israel and Hamas militants in the Gaza Strip resulted in the deaths of more than 2,100 Palestinians, many of them civilians, as well as 67 Israeli soldiers and six civilians on the Israeli side.

Tensions have also risen in past weeks over access to a Jerusalem religious site holy to both Muslims and Jews, triggering Palestinian street protests.