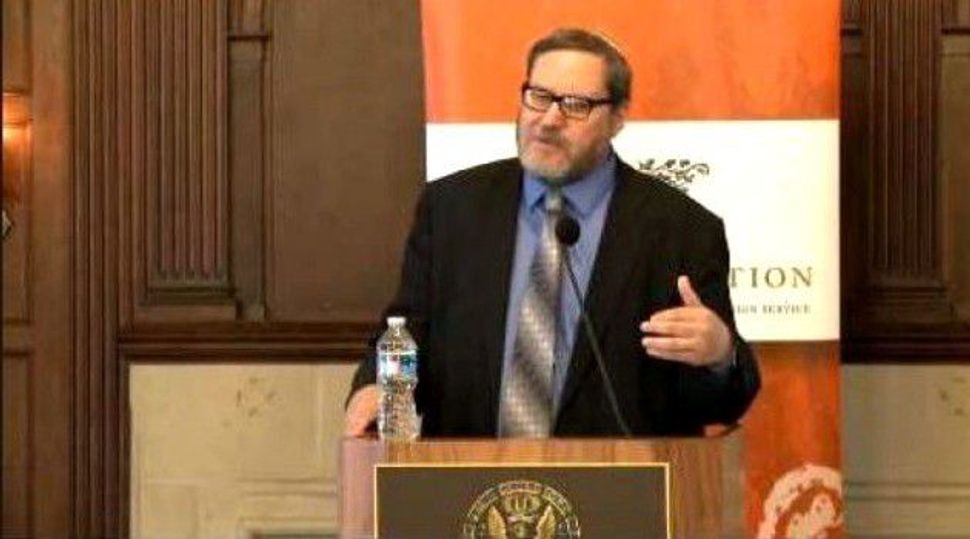 Rabbi Barry Freundel has officially been fired from his post at Kesher Israel over sensational charges he used a hidden camera to peep on women in the Washington D.C. synagogue’s mikveh.

Freundel was arrested in mid-October and had been suspended from the Congregation without pay ever since.

Due to the decision, Freundel and his family are also being asked to leave the rabbinic residence by the end of the year.

The congregation board of directors announced on Sunday it terminated the rabbi’s contract. The announcement, that was sent by email, also stated that the “alleged acts were a gross violation of law, privacy, Halakha, and trust. They breached the high moral and ethical standards we set for ourselves and for our leadership.”

The decision, according to the statement, was made by the board last week, “under extraordinary difficult and unfortunate circumstances.”

The 62-year-old Freundel was charged in October after police found footage of six different naked women, as well as images Freundel himself setting up the camera. He was charged with six counts of misdemeanor voyeurism and is now awaiting trial.