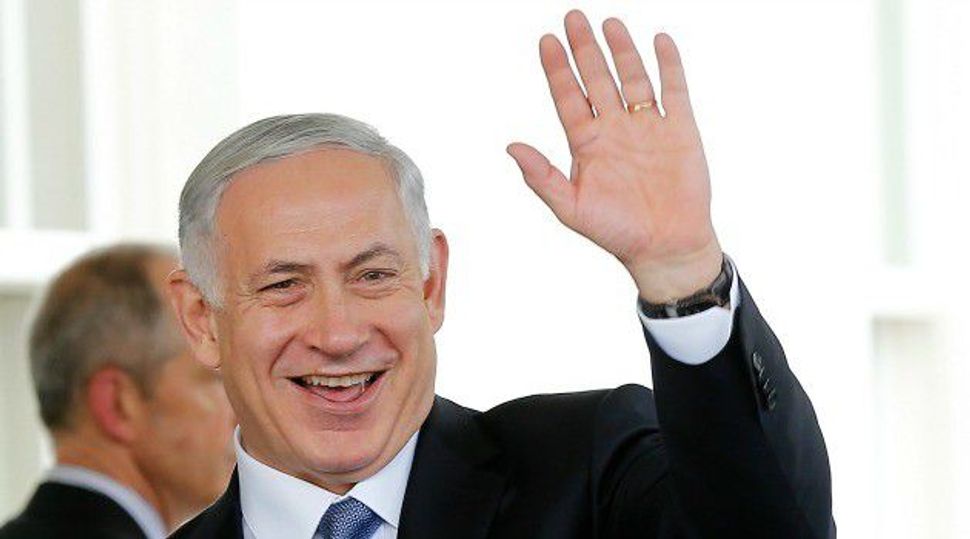 Israeli Prime Minister Benjamin Netanyahu appealed on Wednesday for a “clear mandate” from voters in the early election he called, with opinion polls showing the right-wing leader on track for a fourth term.

A day after Netanyahu fired centrist members of his feuding governing coalition, faction leaders in parliament agreed on a March 17 date for the election and legislators approved the Knesset’s dissolution in a preliminary vote.

Two opinion polls issued on Tuesday predicted Netanyahu’s Likud would emerge as the largest party, but short of an outright majority in the 120-seat Knesset, if the national ballot was held now.

That would leave Netanyahu well-positioned to form what would likely be the most right-wing government in Israel’s 66-year history, comprised of his current ultra-nationalist partners and possible Orthodox Jewish allies, and devoid of now alienated moderates.

Netanyahu’s five-party administration, which took office only last year, has been unraveling over an array of issues, including the 2015 budget and a Jewish nation-state bill that critics say discriminates against Arab citizens.

“The coming election is about one question – who will lead the country in the face of the tremendous challenges facing Israel – security, economic, regional,” Netanyahu said in public remarks to Likud legislators.

He appealed against the kind of split in right-wing voting in the previous election in January 2013 that left Likud with 18 seats in parliament compared with the 13 and 12 captured by two ultra-nationalist parties that subsequently joined his coalition.

“Whoever wants to give a clear mandate to lead the country to a prime minister from Likud needs to give many votes to Likud,” Netanyahu said. “That is the main lesson of our experience from the past years. That is the challenge for this election campaign.”

Israel had not been due to hold an election until 2017, but Netanyahu, accusing Finance Minister Yair Lapid and Justice Minister Tzipi Livni of undermining him, dismissed them on Tuesday and announced he wanted to dissolve parliament “as soon as possible.”

Once a final vote on dissolving the legislature is held next week, Netanyahu will lead a now-minority government until a new administration is sworn in after the election.

Lapid and Livni had been chaffing against the right-wingers that predominate in the cabinet and an internationally condemned policy of promoting Jewish settlement on occupied land Palestinians seek for a state.

Livni, who has been Israel’s chief negotiator with the Palestinians, fell out with Netanyahu over the proposed bill to anchor in law the concept of a Jewish nation-state, and she has looked uncomfortable in the government since peace talks collapsed in April.

With Netanyahu’s backing, the legislation won cabinet approval a week ago, but still needs to pass several hurdles in parliament before becoming law.

Posting on Facebook, Livni said the coming election would be a test of Israelis’ will to defeat “extremism.”

Lapid, a former television chat show host whose newly formed Yesh Atid party came in a surprise second in 2013, fell out with Netanyahu over tax exemptions for first-time home buyers.

Netanyahu balked at Lapid’s signature plan for the tax break, which economists said would have weighed heavily on the state budget.