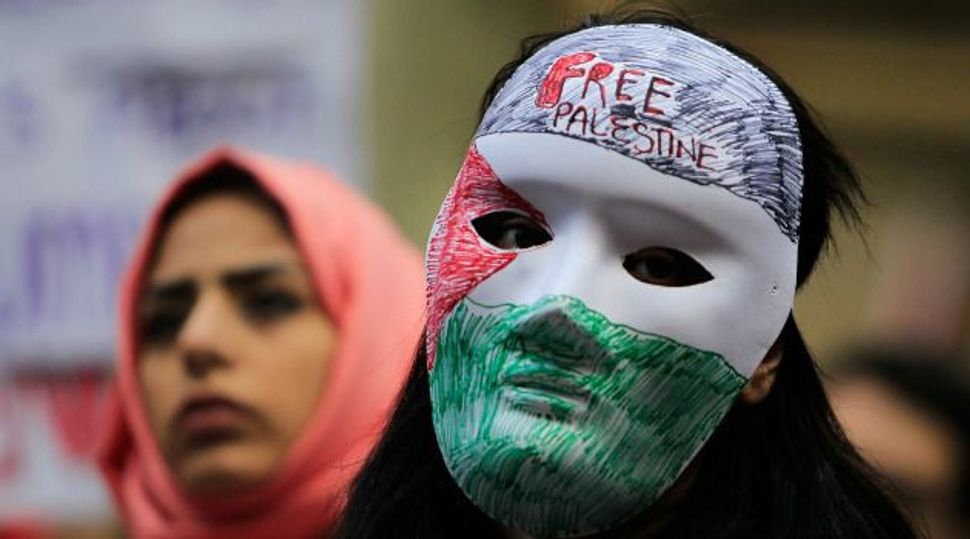 Jewish leaders in Australia scolded an attempt to recognize a Palestine state in federal parliament as “an exercise in empty symbolism.”

Labor lawmaker Maria Vamvakinou, a co-convener of the Parliamentary Friends of Palestine group, tabled the private members’ bill in Canberra Monday calling on the Liberal government of Tony Abbott, one of Israel’s staunchest allies, to recognize a Palestinian state.

“Australia, and indeed this parliament, must now recognize the state of Palestine. Australia must vote yes at the U.N. for Palestinian statehood. Fifty six per cent of Australians are in favor of this and 135 countries have already done so.”

The debate, timed to coincide with the United Nation’s International Day of Solidarity With the Palestinian People, was adjourned; no resolution was passed.

It came as France this week joined a growing number of countries to recognize a Palestinian state, including Sweden. Spain, Britain and Ireland have backed non-binding resolutions in favor of recognizing Palestine. And the European Parliament will vote in the coming weeks on the recognition of a Palestinian state, after the vote was postponed last week.

Robert Goot, president of the Executive Council of Australian Jewry, said the motion was “an exercise in empty symbolism.”

Dr. Colin Rubenstein, executive director of the Australia/Israel & Jewish Affairs Council, described the motion as “an annual ritual for the usual suspects, part of a small minority of MPs to use the U.N.’s International Day of Solidarity With the Palestinian people to make one-sided speeches demonizing Israel.”

Michael Danby, a staunch pro-Israel lawmaker and one of two Jew lawmakers in the Labor Party, said the proponents of the motion were “individuals who do not speak for either party.”