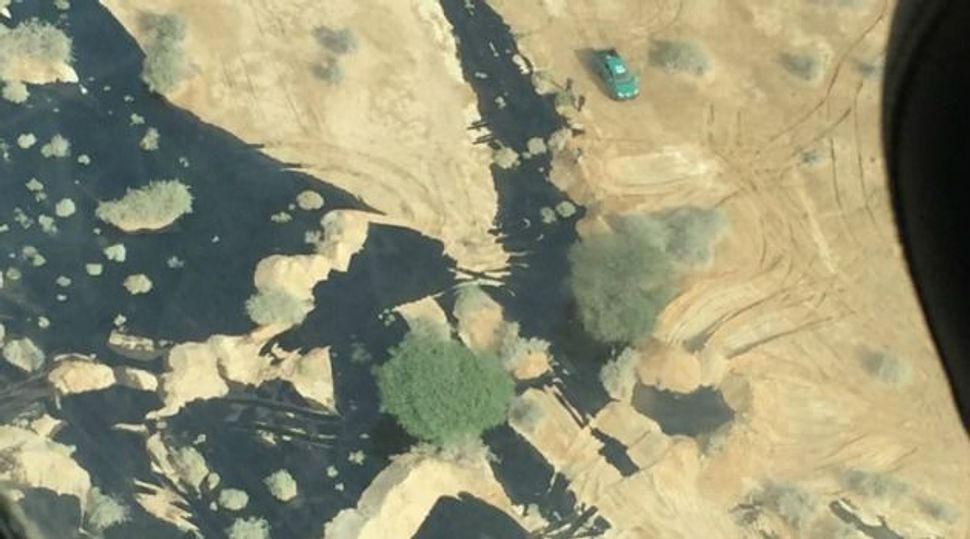 The Eilat –Ashkelon pipeline ruptured Wednesday night next to the Evrona reserve, on the border with Jordan. The break occurred during maintenance work on the pipeline that runs between the Mediterranean and Red seas, according to reports citing a preliminary investigation.

More than 80 people were treated for respiratory problems due to the spill, mostly over the border in Jordan. Three Israelis were hospitalized for inhaling toxic fumes.

The amount of crude oil spilled is estimated at thousands of gallons, according to the Environment Protection Ministry.

“Rehabilitation will take months, if not years,” Guy Samet, the director of the southern region for the Environmental Protection Ministry, told Israel Radio. “This is one of the State of Israel’s most serious pollution events. We are still having trouble gauging the full extent of the contamination.”

Highway 90, the main road into the resort town of Eilat, was closed in both directions for about 30 miles as emergency teams worked to staunch the flow of oil.