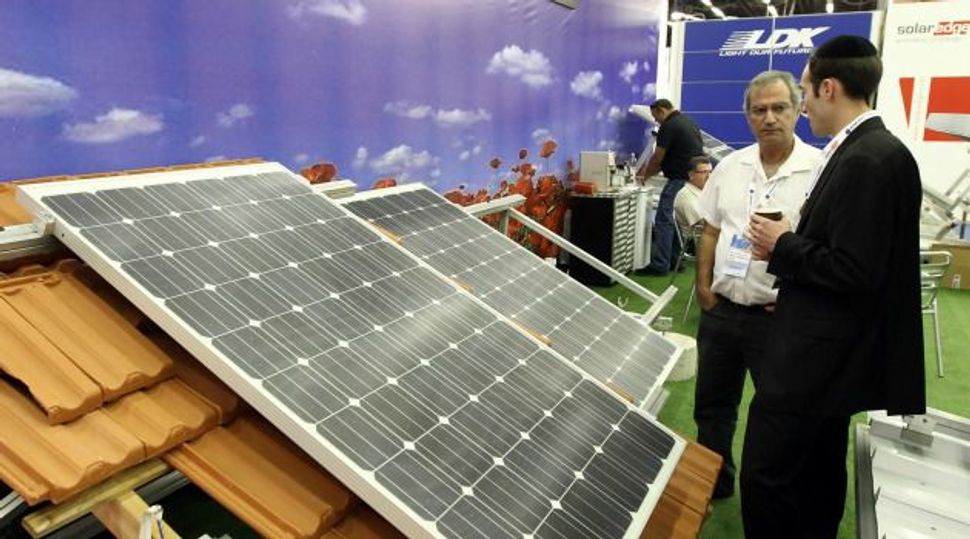 (Reuters) — The collapse of Israel’s government will keep investors on edge at least until new elections are held in March, adding to the economic hit to tourism and growth from the July-August Gaza war.

But amid the economic uncertainty and political turmoil, there are at least two silver linings, both of which could end up having a positive impact on an export-driven economy.

The first is the rapidly weakening currency ; the second is the spending restraint that will come from the 2015 budget being delayed.

This week alone it has lost 2.5 percent against the dollar, with the fall of Prime Minister Benjamin Netanyahu’s 20-month-old government shaking investor confidence.

But major Israeli exporters, whether in the pharmaceuticals, high-tech, chemicals or agriculture sectors, face the prospect of prospect of regaining some competitiveness. Around 40 percent of Israeli GDP is generated from exports.

“Continued depreciation will support a recovery in exports and in the tradable sector as a whole,” the Bank of Israel said last week as it held interest rates steady at 0.25 percent.

Ayelet Nir, the chief economist at Yetzirot, an investment bank, sees the currency weakness giving a lift to exports, even if she worries that the political unrest will hold back needed economic reforms and deter corporate investment.

And even if the currency’s weakness is likely to push up inflation as import costs rise, Kobi Feller of UBS Wealth Management Israel says the impact is unlikely to be excessive.

In fact, given that prices fell 0.3 percent annually in November, a little inflation would not be unwelcome to policymakers.

The other possible upside is that the 2015 budget, one of the causes of the government collapse that lead to Finance Minister Yair Lapid being fired, will not now be passed until the middle of next year at the earliest.

Instead, the values from 2014 will be divided into 12 and paid out each month. What that means is that spending will be forcibly curtailed, keeping the budget deficit down.

And Lapid’s contested, 3 billion shekel ($750 million) proposal to exempt young home buyers from the 18 percent value added tax will now not go into effect, which economists say should be positive for the housing sector and construction after many potential buyers sat on the sidelines for months because of it.

Yet Israel’s economic outlook is still not as rosy as it once was. The economy is set to grow just 2.2 percent this year, down from an initial forecast of 3 percent. Next year it is seen growing 3 percent again, below its long-run trend.

Economic reforms to encourage investment, break down cartels and lower the cost of living have not been carried out. The country is without a finance minister. And while a weaker currency is a help, it is double-edged.

“Even if the depreciation of the shekel over the last few months had a positive influence on the economy – especially the export sector – it was too sharp,” said forex broker FXCM.

“The freezing of reforms, lack of a finance minister and political uncertainty that will characterize the next few months of the election campaign will only increase pressure on the shekel and scare away investors.”