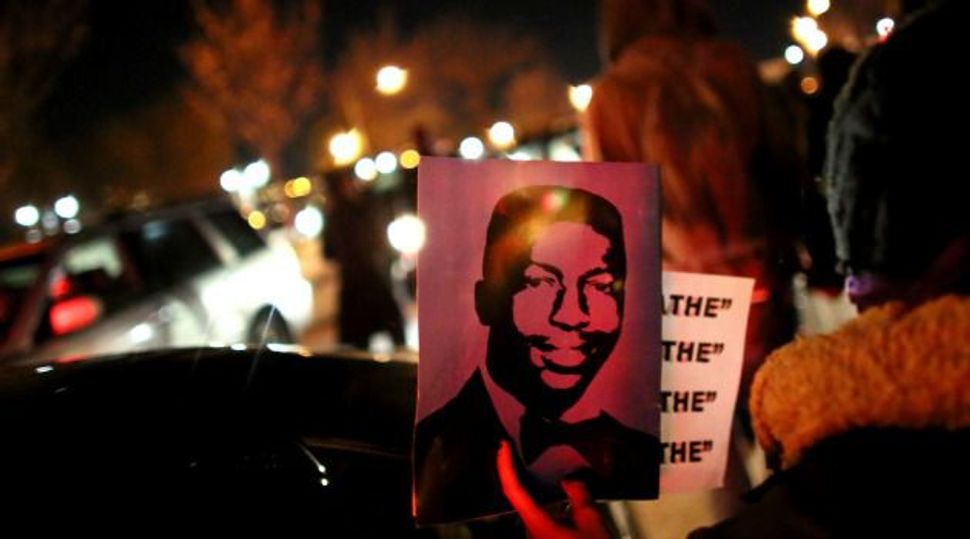 Several high-profile New York rabbis are scheduled to join a Manhattan protest of a grand jury’s decision not to indict the police officer who killed Eric Garner, an unarmed black man.

The march set for Thursday night on the heavily Jewish Upper West Side neighborhood is being coordinated by the Jews for Racial & Economic Justice advocacy group. The protest is in solidarity with a coalition of 64 local and national organizations.

On Wednesday, a Staten Island grand jury decided not to indict Daniel Pantaleo, the officer who was shown in a video from July 17 holding Garner in a chokehold while arresting him. The medical examiner ruled that Garner’s death was a homicide.

Protests have occurred throughout the country since the decision was announced that afternoon.

U.S. Attorney General Eric Holder announced on Wednesday that the Justice Department will launch a federal civil rights inquiry into the case.