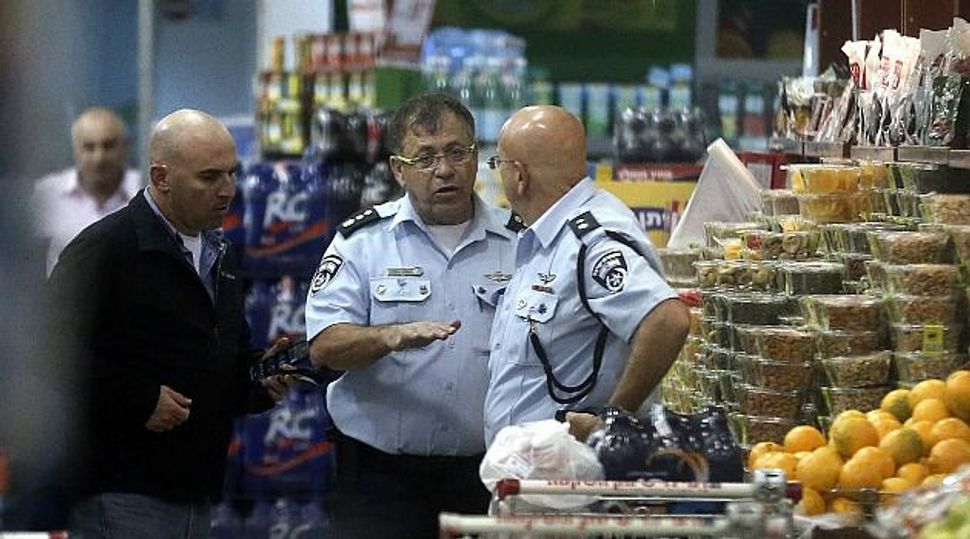 A cousin of the Palestinian teen who was burned alive by suspected Jewish extremists was among the first to help the wounded in a stabbing attack on a West Bank supermarket.

Mahmoud Abu Khdeir, whose cousin Mohammed Abu Khdeir was killed this summer in the Jerusalem forest in apparent revenge for the murder of three kidnapped Israeli teens, rushed to help the wounded inside the Rami Levy discount supermarket in the Mishor Adumim industrial zone near Maale Adumim, east of Jerusalem.

The assailant was identified as a 16-year-old Palestinian male from a West Bank village with no prior record. He was shot in the legs by a supermarket security guard.

Abu Khdeir was working in the supermarket’s storeroom when Wednesday’s attack took place.

He worked to stop the bleeding on an injured man’s head and got him upstairs to an office for further treatment.

“That’s how I was taught to behave by my family,” Abu Khdeir told Ynet. “When someone is wounded, you help them. It doesn’t matter where they’re from.

He added: “I was raised in a good family. I’m not at war. At work, when I see something like this, I have to help. It’s a matter of education: I believe that tomorrow the wounded man will see someone else and go help him. I hope that one day the situation will change and we will no longer have incidents such as this. But force brings more force and peace brings peace.”