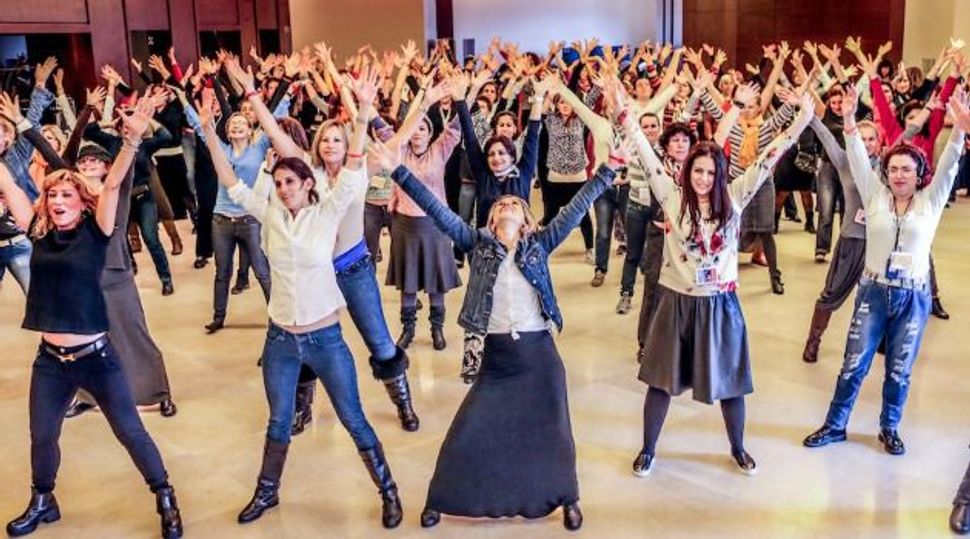 (JTA) — On the surface, the tour looked much like a standard Birthright Israel trip: Participants celebrated Shabbat in Jerusalem’s Old City, swam in the Dead Sea and ascended the ancient mountain fortress at Masada. The trip was mostly free and organizers were prepared with follow-up programming after the participants returned home.

But the nearly 200 women who arrived in Jerusalem last week weren’t there for one of the free 10-day Jewish identity-building trips that Birthright has operated for more than a decade. They were participants in what has been described as Birthright for Jewish moms, an eight-day tour of the Jewish state for mothers.

Run by the Jewish Women’s Renaissance Project, or JWRP, the trip’s goals are much the same as that of the regular Birthright: strengthening Jewish identity and connection to Israel.

But the trip also has an explicitly religious component, with several events hosted by the Orthodox outreach organization Aish Hatorah. Some JWRP staff members are former Aish employees and several board members are also Aish donors.

And unlike Birthright, which is open to all Jews aged 18 to 26, the JWRP trip is open only to women who are not traditional Sabbath observers – a sign that they already have strong connections to Judaism, JWRP’s founding director Lori Palatnik said.

Some 5,000 women from 19 countries have taken the trip since JWRP was founded seven years ago. The trips are free aside from airfare and are partially funded by the Israeli government. They have become so popular that JWRP began running men’s trips last year.

“I thought I needed to find more balanced meaning and not be so wrapped up in life,” said Debra Aronson, 42, a non-Orthodox mother of two from Toronto. “For me it’s more of the spiritual aspect and our relationship with each other. It’s not for religion. I’m happy where I am religiously.”

The trip caters specifically to women in everything from the cuisine to the programming. The meals are lighter — fish and wine rather than the meat and beer on the men’s JWRP trip. The women visit a group children’s home and attend a cooking workshop, while the men visit an army base and see high-tech start-ups in Tel Aviv. To avoid conflicts over egalitarianism, group prayer is avoided altogether on the women’s trips.

Though most of the participants have been to Israel before, some said traveling with other women has allowed them to feel a sense community and warmth.

Ellie Bass, who led a delegation from Toronto, said she’s enjoyed getting to know the other group members.

“The most fun has been hanging out in the hotel with a bottle of wine and snacks, and making each other laugh,” said Bass, who last came to Israel to perform in a dance company in 1997. “It’s that feeling of family.”

After the trip, participants must commit to attend follow-up seminars back home at least once a month either on Israel, relationships or community leadership. Palatnik hopes to build an infrastructure to guide the women into a more involved Jewish experience.

“We want this to be the springboard for their entry into their Jewish community, Jewish life and personal growth,” Palatnik said. “Some have been in Israel before, [but] their last memory was the soldiers are so cute. Now the soldiers are their sons’ age. At this age they’re taking life more seriously than when they were in their 20s.”