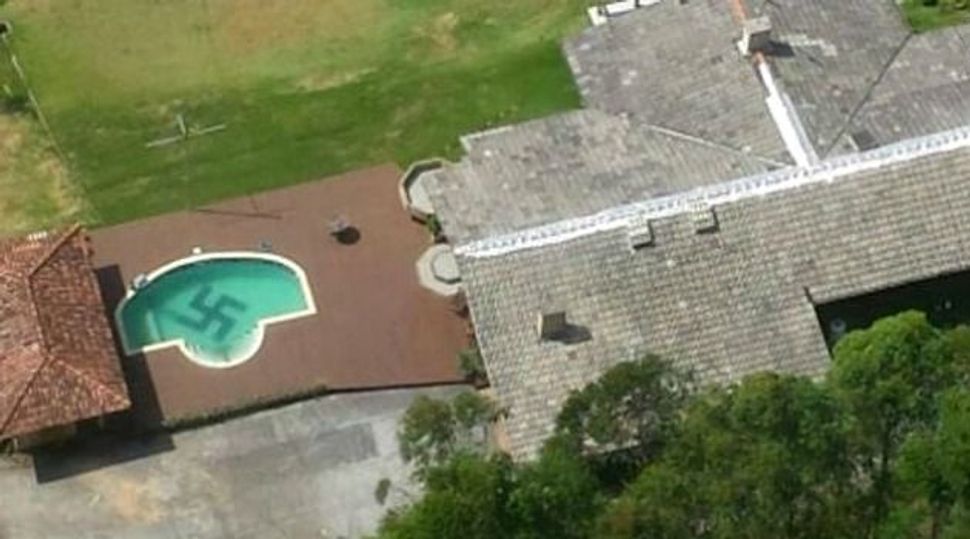 A large swastika was discovered painted on the bottom of a swimming pool in southern Brazil.

The swastika is located on private property in Pomerode, Brazil in the southern state of Santa Catarina. It reportedly has decorated the bottom of the pool for the last 13 years.

No charges will be filed since the pool is located on private property, according to CNN, citing local officials.

The homeowner is not promoting Nazism, according to local officials.

Many Germans and Austrians immigrated to the Santa Catarina region, which, according to a Brazilian tourist website, is home to the second largest Oktoberfest in the world, attracting well over 1 million people every year.