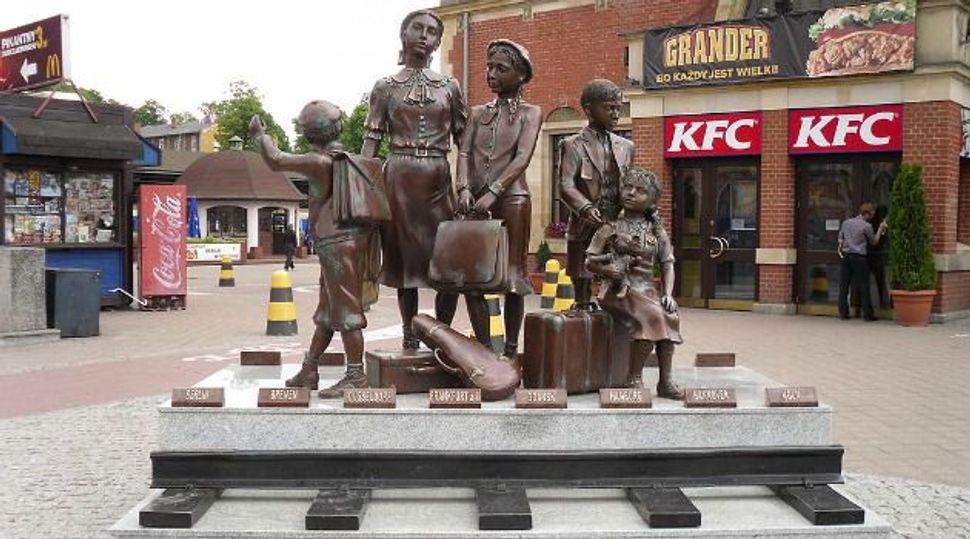 Vienna is set to see the opening of what organizers say is the world’s first permanent museum dedicated to the story of the Kindertransport.

The museum is to open in the center of the Austrian capital on Dec. 10, the 76th anniversary of the departure of the first group of Jewish children from Vienna as part of the Kindertransport — the German-language name for the organized shipment of Jewish children, often by their own parents, out of areas controlled by Nazis or in threat of coming under their control, to save the children from the Holocaust.

The Memorial Museum “Für das Kind” (“For the Child” in German) is dedicated to the stories of the people who helped organize the shipment of approximately 10,000 children from Germany, Austria, Czechoslovakia and Poland to England between 1938 and 1939.

The modest-sized museum will open in a basement on Radetzkystrasse, which Nazis used to house Jewish families before their deportation. The museum was made possible with donations from five sponsors, according to Milli Segal, a Viennese communications professional who was involved in the museum’s creation. Entrance to the museum will need to be arranged in advance through contact details available on her website.

The main exhibition comprises 23 posters of suitcases with objects that children who survived the Holocaust thanks to the Kindertransport took with them when they left. Over several years, curators Rosie Potter and Patricia Ayre collected photographs, books, dolls, ice skates, school reports and clothes. One child’s suitcase contained an apron believed to have belonged to the child’s mother.

Attending the opening will also be Ingrid Joseph from Britain and her son, Julien. In her diary, which she later turned into a book, Joseph documented her arrival in Britain from her native Vienna at the age of 12 with her sister Lieselotte, where the sisters learned of their mother’s death in a German Nazi camp.

She will be in Vienna as a guest of the city’s Jewish Welcome Service, which organizes visits for Jewish Holocaust survivors from Vienna.