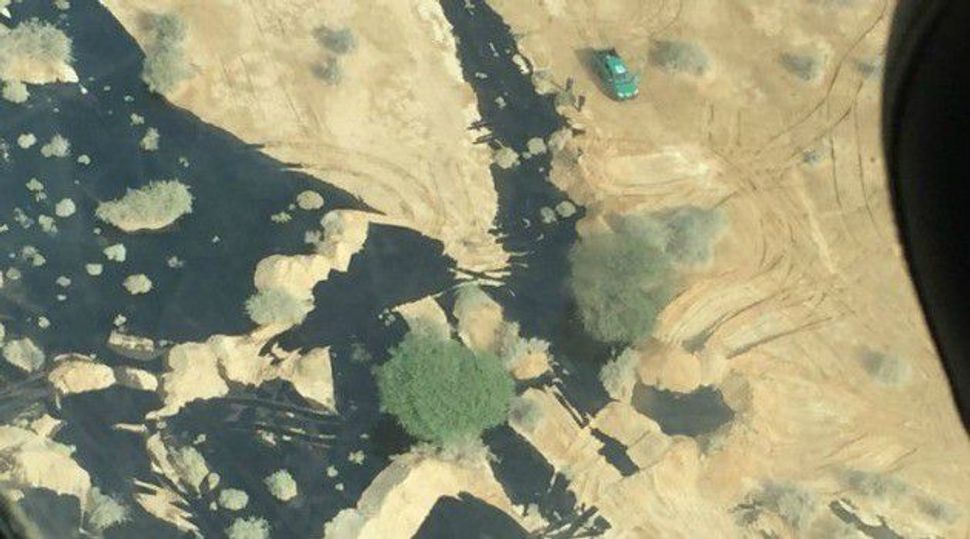 The Dec. 4 oil spill near Eilat was nearly twice as large as initially estimated.

The environmental ministry expressed concern that heavy rainfall and flooding predicted for later this week will spread the oil pollutants to additional areas in southern Israel and possibly into the Gulf of Eilat, whose protected coral reefs are at risk of major damage. The spill already has damaged the Evrona nature reserve in the Arava Desert.

State Comptroller Yosef Shapira ordered an immediate investigation into the disaster, and the environmental ministry ordered the pipeline company to stop operating the line until it receives a new permit.

Meanwhile, an Eilat resident filed a class action lawsuit for $95.5 million in the Tel Aviv District Court against the pipeline company, accusing it of environmental damage and negligence.