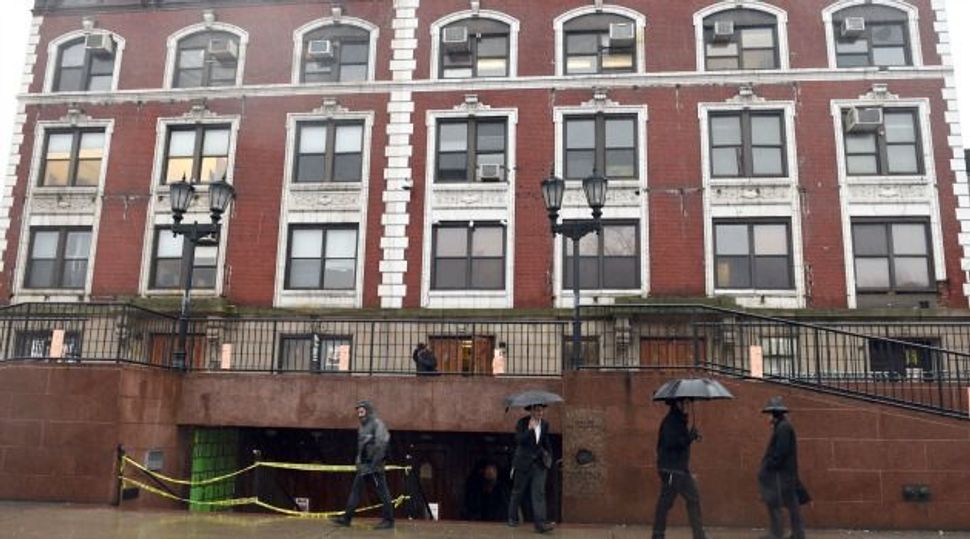 A knife-wielding man shouting ‘I will kill the Jew’ was shot and killed by police after he allegedly stabbed an Israeli rabbinic student inside the world headquarters of Chabad in Crown Heights, Brooklyn.

Calvin Peters, 51, was shot in the stomach by police after a confrontation inside 770 Eastern Parkway, where he set upon a 22-year-old student as he prayed around 1:45 am.

The rabbinic student, Levi Rosenviat, 22, of Beitar Illit in Gush Etzion, was lightly injured and is expected to recover.

The confrontation started when Peters entered the imposing building after midnight saying he was looking for a book, witnesses said. A Chabad spokesman told Israeli media that homeless men sometimes enter the world headquarters, which is open 24 hours a day, in order to get warm.

He later pulled out a knife and started ranting: “I will kill the Jew! I want to kill the Jew!” the Daily News reported.

Police and security guards reportedly flooded the building moments after the attack. Peters initially put down his knife, but then picked it back up again. Police ordered Peters to drop the knife and then shot him when he did not comply.

Police reportedly are calling the incident criminal, not terror-related, though with elements of a hate crime.

Rosenviat, who was listed in stable condition, arrived in New York two weeks ago, according to the Daily News.

A Chabad spokesman in Israel told Army Radio that the attack wasn’t terror-related or premeditated. “Incidents like these happen in Brooklyn every 15 minutes,” he said.