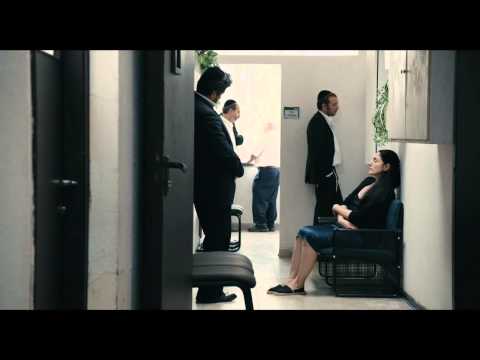 An Israeli film that scrutinizes Israel’s heavily slanted divorce laws has been nominated for the Golden Globes as one of the Best Foreign Language Films.

The selection of “Gett: The Trial of Viviane Amsalem”, by the brother and sister team of Ronit and Shlomi Elkabetz, was announced on Thursday by the Hollywood Foreign Press Association. The film, which stars Ronit Elkabetz in the title role, follows an Israeli woman in her five-year quest to obtain a Jewish legal divorce, or gett, from her husband through the Israeli rabbinical court system. The husband’s persistent refusal leaves her stranded in legal limbo, since Jewish law dictates that he must consent to release her from the marriage.

The film is the third in a trilogy by the sibling writers and directors, following the 2004 film “To Take a Wife” and 2008’s “Shiva”, which focused on the same main characters. According to Variety, the movie’s success has spurred a movement to change the divorce laws depicted in the movie, which can leave women at the mercy of uncooperative husbands.

Variety reports that the administration of Israel’s rabbinical courts plan to screen the movie at the annual meeting of the country’s rabbinical judges in February.

“We wrote Vivian’s story based on the very simple fact that still today in Israel a women must get her husband’s consent if she wants a divorce,” said Ronit Elkabetz in response to the nomination, according to The Hollywood Reporter. “I am happy and proud that we have brought Vivian’s voice and struggle for freedom to the world.The film asks that women be allowed to live their lives with dignity and basic human rights.”