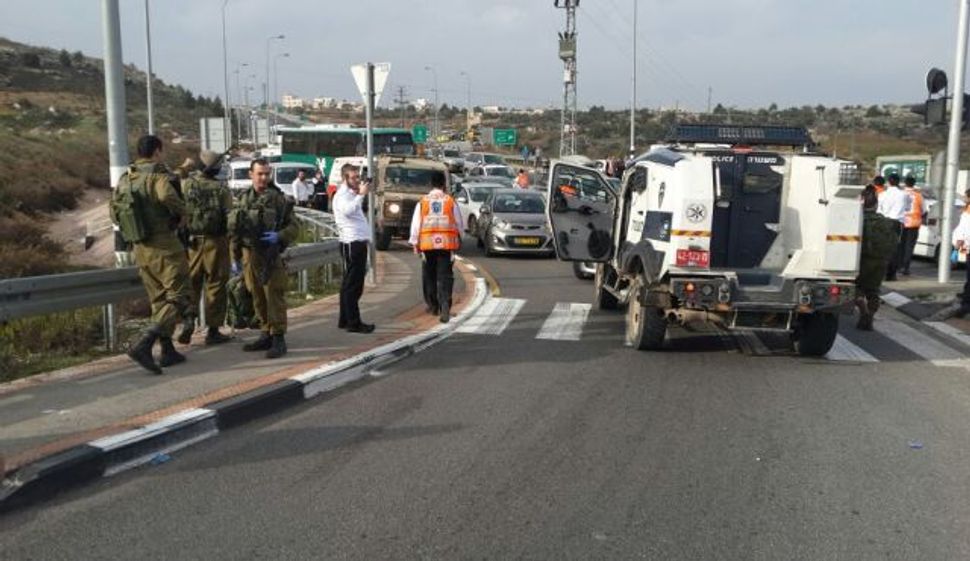 A Palestinian man threw a chemical substance believed to be acid at an Israeli family in the occupied West Bank on Friday, injuring a man and four children, Israeli police and the military said.

The assailant was shot and wounded immediately after the attack, which took place at a checkpoint south of Jerusalem.

Police spokeswoman Luba Samri said the attacker had “poured an unknown substance suspected to be acid on a Jewish family.” She said a civilian at the scene shot and wounded the assailant.

The incident comes at a time of heightened tension between Palestinians and Israelis, particularly in the West Bank and East Jerusalem, territories Israel seized in a 1967 war and Palestinians want for an independent state, together with Gaza.

There was no immediate claim of responsibility for the attack.

Over the past four months, 10 Israelis and a foreign visitor have been killed by Palestinians in knife or car-based attacks, while at least a dozen Palestinians have also been killed, including most of those who carried out the killings.

On Wednesday, a Palestinian minister died shortly after a confrontation with an Israeli border policeman in the West Bank. The policeman grabbed the minister by the neck during a scuffle and minutes he collapsed with breathing problems.

An Israel official who attended the autopsy said the minister had died of a heart attack possibly brought on by stress, while the Palestinian pathologist concluded that the grab to the neck more directly lead to heart failure.