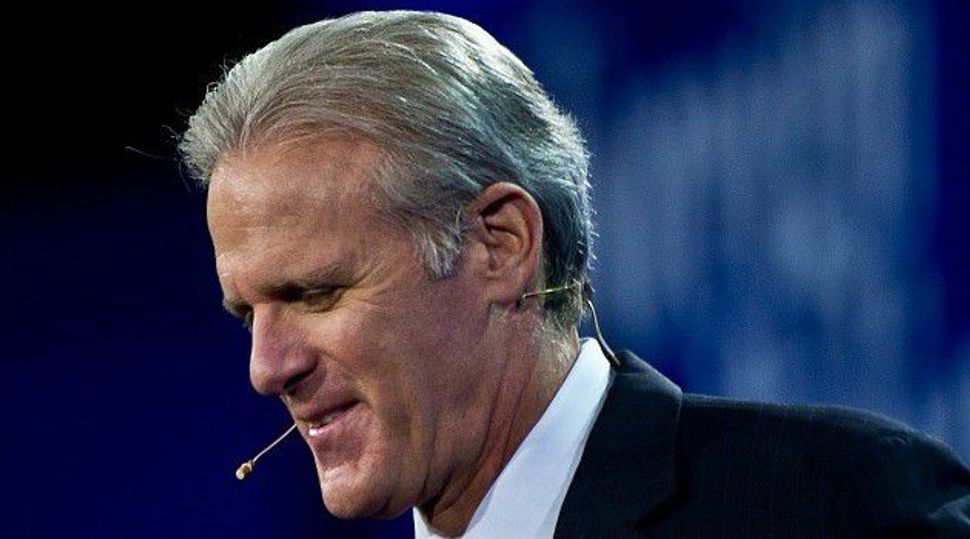 Former Israeli envoy to the United States Michael Oren has not decided whether he will become a candidate on any political party’s list in Israel’s upcoming elections.

Israeli media reported over the weekend that Oren would join the new Kulanu party of former Communications Minister Moshe Kahlon. Kahlon left the Likud Party and politics in 2013.

A source close to Oren told JTA Sunday that the former ambassador has not made a decision on whether or not to run in the March 17 elections.

Born in upstate New York as Michael Bornstein and raised in New Jersey, Oren immigrated to Israel in 1979, served as a paratrooper during the Lebanon War, and gained fame as a historian in 2002 with the publication of his award-winning book, “Six Days of War: June 1967 and the Making of the Modern Middle East.”

Oren became a diplomat when Israeli Prime Minister Benjamin Netanyahu named him as ambassador to Washington in 2009, forfeiting his U.S. citizenship to take the posting. He completed his tenure in 2013.

Oren currently is teaching at the Herzliya Interdisiplinary Center and writing a book on his tenure in Washington.