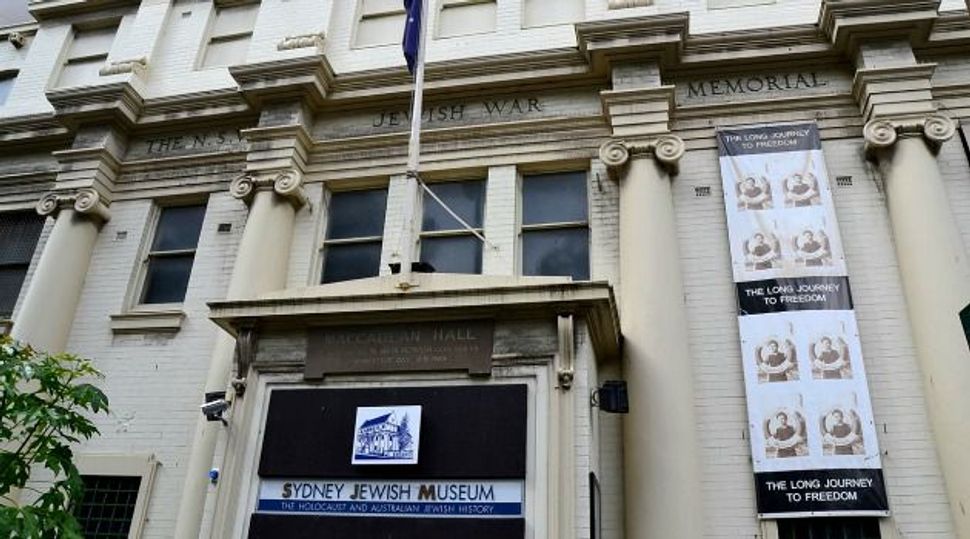 One of the five youths arrested for terrorizing Jewish children on a school bus earlier this year agreed to visit the Sydney Jewish Museum as part of an agreed punishment.

In the juvenile justice system in Sydney, the offender – who cannot be named because he is a minor – also agreed to participate in a tolerance program run by the New South Wales Jewish Board of Deputies, attend a Shabbat dinner and read Primo Levi’s “If This Is A Man” and Elie Wiesel’s “Night.” The punishment was levied at a youth justice conference on Dec. 9.

The offender was among the gang of drunken youths who boarded a bus in Sydney carrying Jewish pupils from Moriah College, Mount Sinai College and Emanuel School on Aug. 6.

The gang then intimidated the children, some as young as six, with threats of slitting their throats and chants of “Kill the Jews,” and “Heil Hitler.”

The incident made headline news, with some leaders linking it to the war in Gaza. “It is completely unacceptable and morally repugnant to scapegoat or hold responsible Jewish Australians, including children, for events overseas,” the Executive Council of Australian Jewry said at the time.

Police, however, said they did not believe the kids were targeted because they were Jews.

All five offenders were minors. Two received warnings, and the other two were let off. The youth justice conference was held solely for one gang member whose offenses were too serious for a caution.

Alongside the victim and her parents were NSW Jewish Board of Deputies chief executive officer Vic Alhadeff, who was representing the other victims, a police officer, social worker, and the offender’s parents.

Alhadeff said the conference offered closure to the 12-year-old victim who was present. “It gave her an opportunity to question the offender, to hear from him and to hear him express remorse for his actions.”