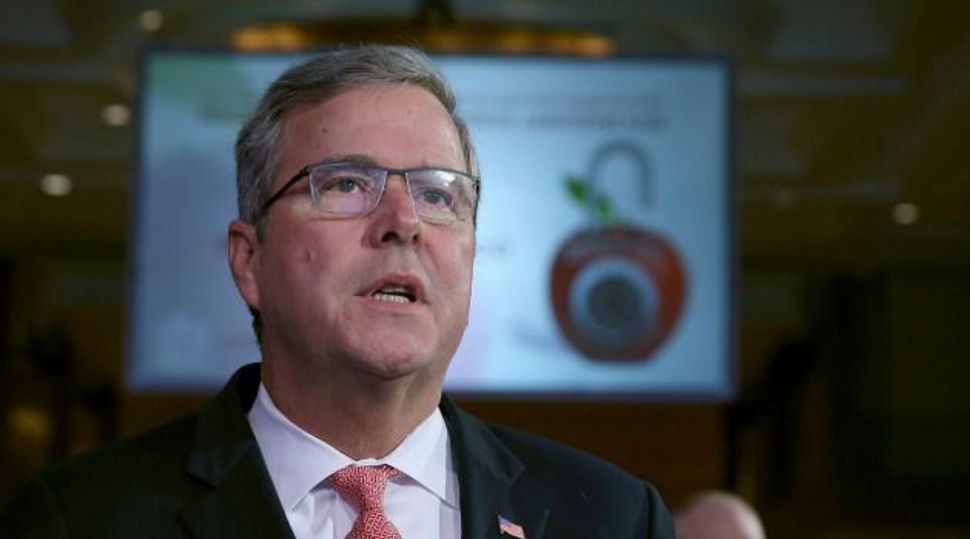 Jeb Bush announced his intention to “actively” explore the presidency in a Christmas and Hanukkah greeting message.

“Merry Christmas and Happy Hanukkah!” the former Florida governor Bush said in a Facebook message posted Tuesday. He described conversations he had with his family over Thanksgiving.

“As a result of these conversations and thoughtful consideration of the kind of strong leadership I think America needs, I have decided to actively explore the possibility of running for President of the United States,” he said.

Bush likely would attract substantial Jewish Republican support because of the closeness of Jewish Republicans to his brother, former President George W. Bush, and because he is perceived as a moderate relative to other candidates.