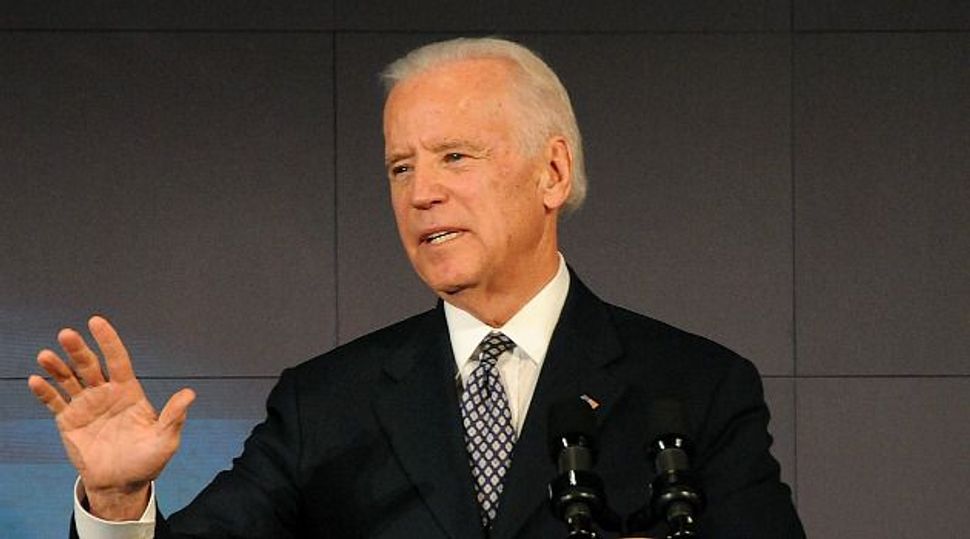 Jewish notions of religious freedom so informed the American ethos that it is “is fair to say that Jewish heritage is American heritage,” Vice President Joe Biden said at a menorah lighting in front of the White House.

Biden, attending the event Tuesday organized by American Friends of Lubavitch, cited the work of Emma Lazarus, the Jewish poet whose words are inscribed on the Statue of Liberty, and George Washington’s letter to the Newport, R.I., Jewish community, which quoted from the Book of Micah in promising Jews religious freedoms.

“The central Jewish notion of religious freedom, of safety in your land, of being treated with dignity in your own community, not only led to the creation of modern Israel but it also formed the bedrock of the United States of America,” Biden said. “Jewish values are such an essential part of who we are that it is fair to say that Jewish heritage is American heritage.”

Biden noted at the event that he was missing candle lighting at the home of his daughter, Ashley, who is married to a Jewish physician, Howard Krein.

President Obama, in a separate Hanukkah message, said the holiday’s meaning was one of overcoming “seemingly insurmountable odds.”

“The miracle at the heart of Hanukkah – the oil that lasted for eight nights instead of only one – reminds us that even when the future is uncertain, our best days are yet to come,” he said in a statement.

The lighting of the so-called National Menorah on the ellipse in front of the White House was launched in 1979.

It kicks off a week of parties in Washington, including at the White House and in Congress, both on Wednesday.