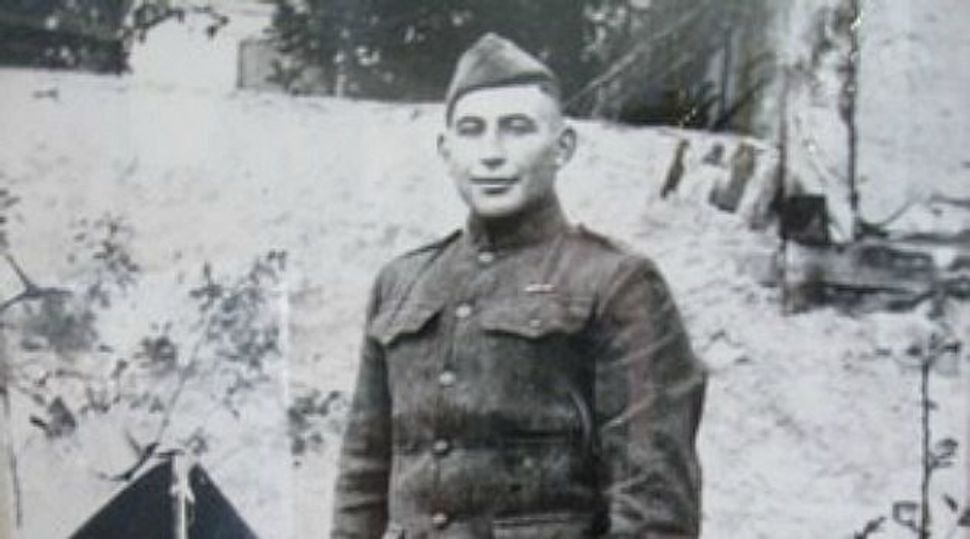 William Shemin crossed through gunfire three times on a French battlefield to pull comrades to safety, taking a bullet in his head.

A Jewish World War I hero is eligible for the nation’s highest military honor.

Elsie Shemin-Roth, now 85, from suburban St. Louis, Mo., sought to have her father included under a law that mandated a review of troops who might have been denied the highest service medal because of discrimination.

President Obama earlier this year awarded the medal to a number of soldiers believed to have faced discrimination, but Shemin was not considered because the law did not extend back to World War I.

The massive spending bill passed last week by both houses of Congress and now awaiting Obama’s signature redresses the oversight.

Shemin had been awarded the Distinguished Service Cross, the second highest honor, although at least one of his superiors had recommended the Medal of Honor, the Associated Press reported.

At 19, on a French battlefield, Shemin crossed through gunfire three times to pull comrades to safety, taking a bullet in his head.

He started a family after the war and died in 1973.

Shemin-Roth believes her father was denied the highest honor because of anti-Semitism. “Now a wrong has been made right and all is forgiven,” she told the AP.