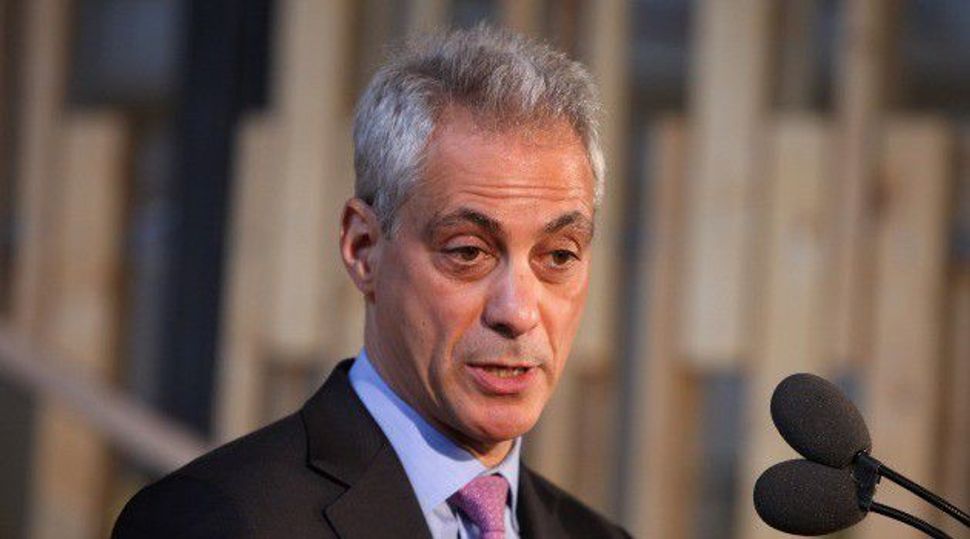 Rahm Emanuel’s teenage son was reportedly robbed and beaten outside the Chicago mayor’s home on the city’s north side.

Zachariah Emanuel, 17, went outside the house to make a phone call around 10 p.m. Friday night when he was set upon by three thugs, the Chicago Tribune reported.

The robbers punched the teen in the face and forced him to hand over the phone and its access code, the paper said, quoting police.

“What else you got?” the attackers demanded, a police report said. After searching the teen, they fled.

Rahm Emanuel, a former congressman and aide to President Obama, is Chicago’s first Jewish mayor. He recently announced he will run for reelection next year.