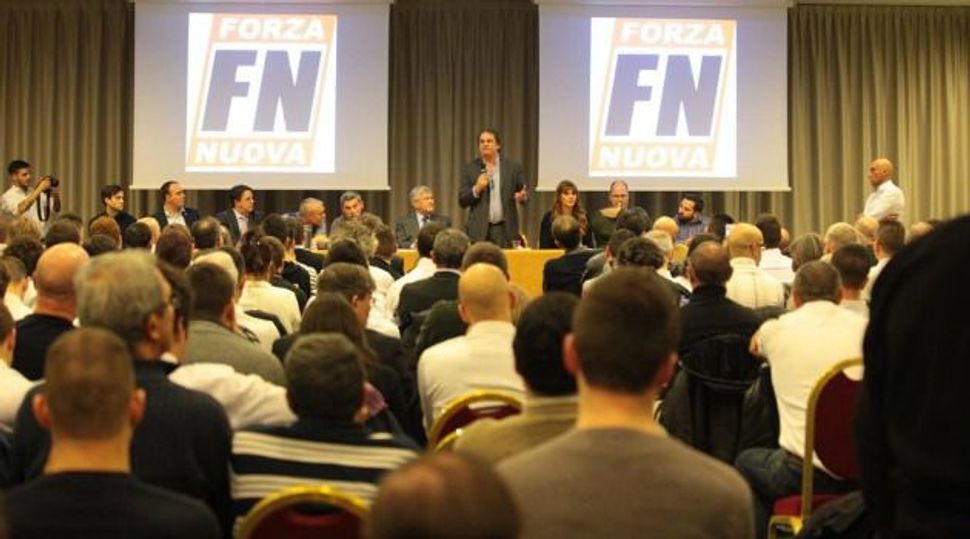 For the second time in less than a month, right-wing extremists from around Europe met in Milan.

About 300 people, among them representatives of European far-right parties and movements including Greece’s Golden Dawn and the British National Party, met at a Milan hotel on Saturday, according to local media.

The gathering was organized by the Italian far-right party Forza Nuova as the first meeting in Italy of a new far-right, pan-European party called “Alliance for Peace and Freedom.”

The Alliance aims to “protect, celebrate and promote our common Christian values and European cultural heritage” and is against “the advocates of US hegemony” in the Middle East and Eastern Europe, according to its website.

Speakers at the Saturday gathering in Milan defended “traditional family values” and criticized “Zionist globalism” and immigration, according to local reports.

On Nov. 29, several hundred skinheads and other right-wing extremists from around Europe gathered in an outlying district of Milan for a neo-Nazi concert and rally called Hammerfest 2014 that was associated with the white supremacist group Hammerskin.