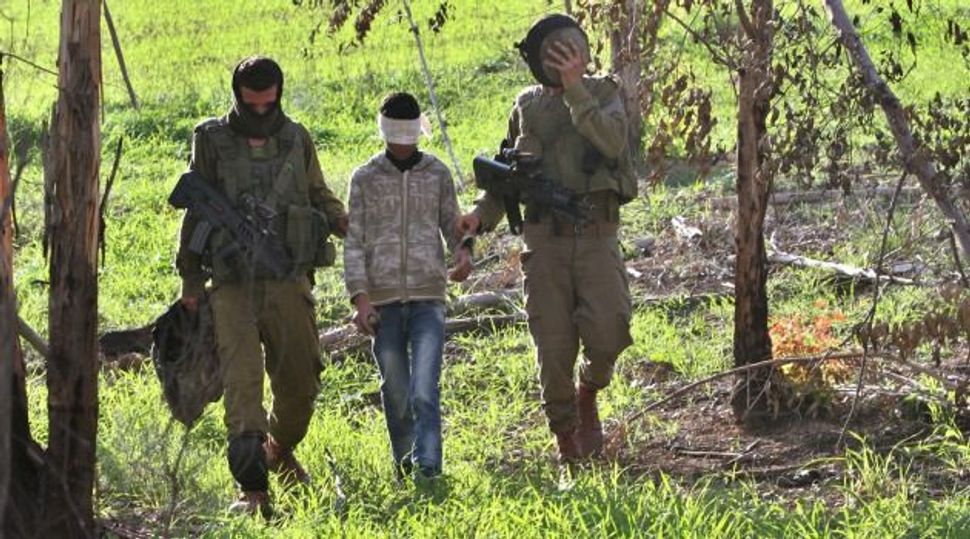 Israeli forces shot dead a member of Hamas’s armed wing after a firefight erupted along the border with the Gaza Strip on Wednesday and an Israeli soldier was wounded, Gaza hospital officials and the Israeli army said.

The military said in a statement that a routine patrol on the Israeli side of the border came under attack from snipers in the southern Gaza Strip and that forces responded with fire from the ground and the air.

Hamas sources named the dead man as Tayseer Asmairi, a member of its armed wing’s monitoring unit in the southern Gaza Strip. The Israeli soldier sustained a severe chest injury and was flown to hospital where he was listed in serious condition, the army said.

There have been sporadic clashes since a 50-day war ended in Gaza in August. On Friday, Israeli planes bombed a Hamas militant base in the Gaza Strip in response to a rocket that militants launched earlier that day.

“This attack, the second of this week, is a lethal violation of the relative quiet along the Gaza border and is a blatant breach of Israel’s sovereignty … Israel will not hesitate to respond to any attempt to harm IDF soldiers,” military spokesman Lieutenant-Colonel Peter Lerner said in a statement.

Hamas blamed Israel for the escalation and said that while it wanted calm, it would respond to Israeli actions.

“The resistance is committed to calm as long as (Israel) abides by it but we will not be silent against continued Zionist crimes,” Hamas said, listing Israel’s air strikes as one form of violation of the truce.

Israel launched its Gaza offensive on July 8 with the declared aim of halting cross-border rocket salvoes by Hamas. The fighting was ended by an Egyptian-brokered truce on Aug. 26.

More than 2,100 Palestinians, most of them civilians, were killed in seven weeks of fighting, according to the Gaza Health Ministry. Sixty-seven Israeli soldiers and six civilians in Israel were killed.