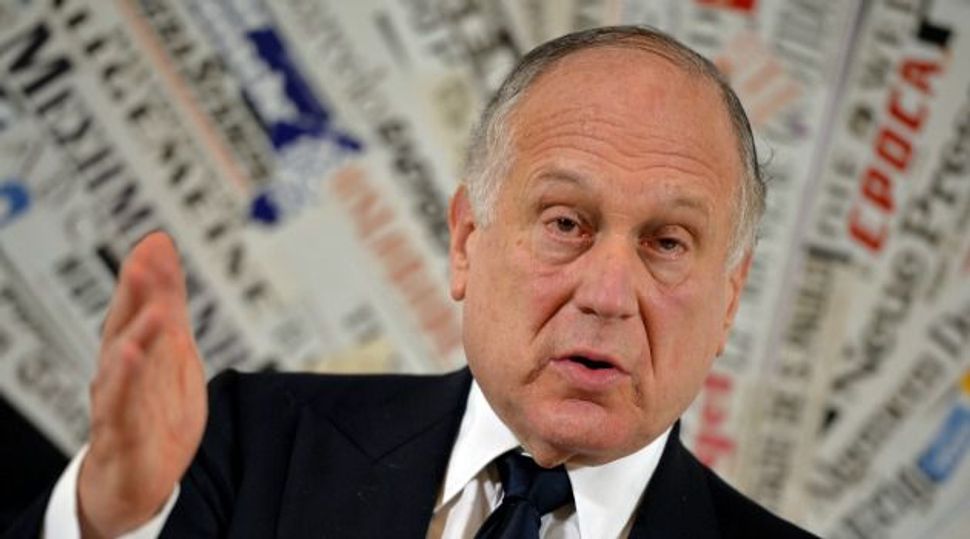 (Reuters) — Next month’s 70th anniversary of the liberation of the Auschwitz death camp is a reminder, at a time when anti-Semitism is on the rise again, of what happens when the world stays silent about persecution, the president of the World Jewish Congress said.

Ronald S. Lauder told Reuters in an interview anti-Semitism had reached levels not seen since World War Two, driven by Islamist extremists using hatred of Jews as a way to attack Israel, and by far-right nationalists in Europe.

He said the commemorations on Jan. 27 to mark the day Soviet troops liberated Auschwitz in 1945 would be the last major anniversary when survivors would be able to attend in numbers. The youngest are now in their 70s.

“After World War Two, into the 50s, 60s and 70s, the type of anti-Semitism we see today, nobody would ever have thought of happening. But as time has gone on and generations have passed, we see the rise of anti-Semitism.”

“Hopefully this commemoration of the 70th anniversary of the freeing of Auschwitz, and the ceremonies that will take place, may remind the world what it is happens when anti-Semitism is allowed to run wild, so to speak.”

At the Auschwitz camp, in southern Poland, the Nazis killed some 1.5 million people between 1940 and 1945, most of them Jews.

Lauder, who has helped fund conservation efforts to preserve artifacts at Auschwitz including inmates’ hair and shoes, said the World Jewish Congress would this year bring about 100 survivors and their families to Poland to take part in the commemorations.

He said Hungary, where the far-right Jobbik party is now the second biggest political force, was one example of a European country where a political party was fanning anti-Semitism.

“The government will talk about ‘There is no place for anti-Semitism in the world,’ but that is not necessarily speeches being made inside Hungary,” Lauder said.

Hungarian Prime Minister Viktor Orban has called anti-Semitism intolerable and says his government is a determined participant in the fight against it. Jobbik’s leaders deny being anti-Semitic.