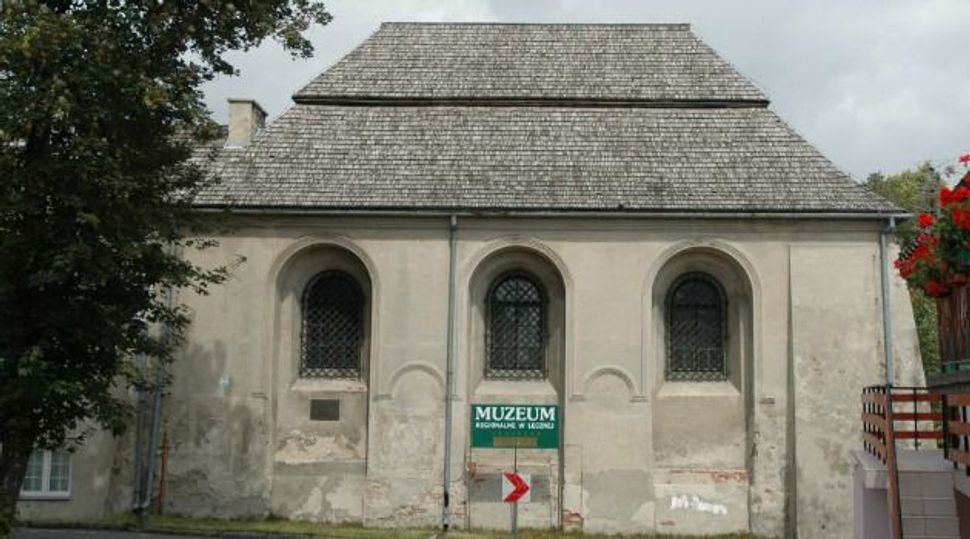 Foundation for the Preservation of Jewish Heritage in Poland plans to open a new Jewish museum in a preserved baroque synagogue built in the 17th century in eastern Poland.

Great Synagogue in Leczna, in Lublin province, was mostly destroyed during and after World War II. In the 1950s and 1960s it was reconstructed, retaining the most important architectural elements of the former synagogue, including its wooden ceilings, the bimah and the Torah ark.

Since 1966, the synagogue has housed a regional museum, which has in its collection some valuable Judaica.

In 2013, the synagogue was transferred to Jewish community and was placed under the responsibility of the Foundation for the Preservation of Jewish Heritage in Poland.

The Foundation has proposed re-opening the museum in the building with a focus on the Jewish community of the town.

The Foundation plans to open the revamped museum in 2016. It could become part of the Chassidic Route – the project implemented by the Foundation which traces the Jewish communities of southeastern Poland. The project has been joined by 28 communities.