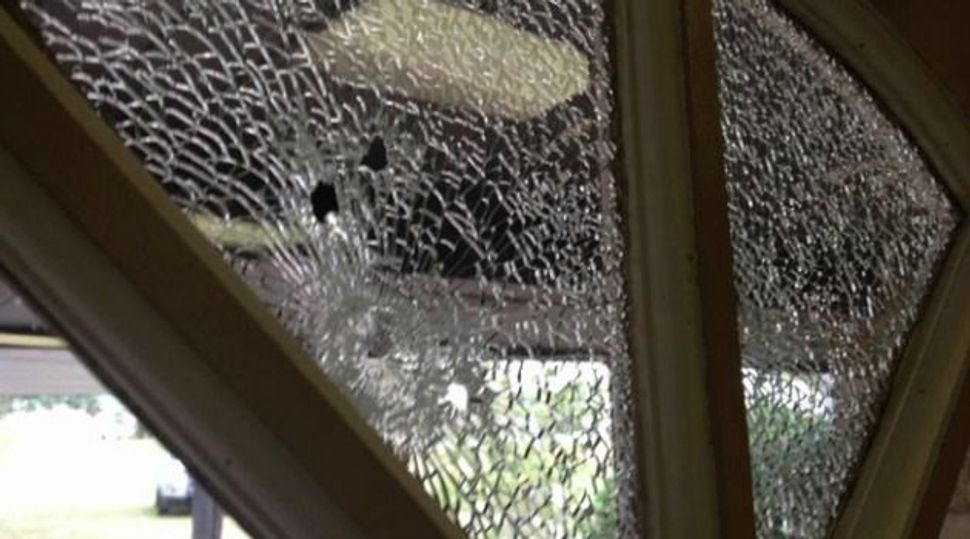 Image by courtesy of mynews13

Vandals shot out the windows of a Florida synagogue.

A police investigation is underway. The windows were shot out with a BB gun, according to reports. The building’s security alarm sounded, calling police to the site.

“I think it’s a hate crime,” Robert Levenson, the temple’s president, told the Ocala Star Banner on Monday. “And when things like this happen, it’s hard to keep going.”

It is not the first time that the synagogue has been vandalized, according to the newspaper.

The Marion County Sheriff’s Office has classified the incident as criminal mischief.

“We are investigating this as we would other crime,” Laurel Lettilier of the Marion County Sheriff’s Office told the local Channel 13 news on Tuesday. “If we find anything that would delineate it a hate crime, we fill find it and track down any motives that might be involved.”

The sheriff’s office has increased patrols in the area, according to the report.