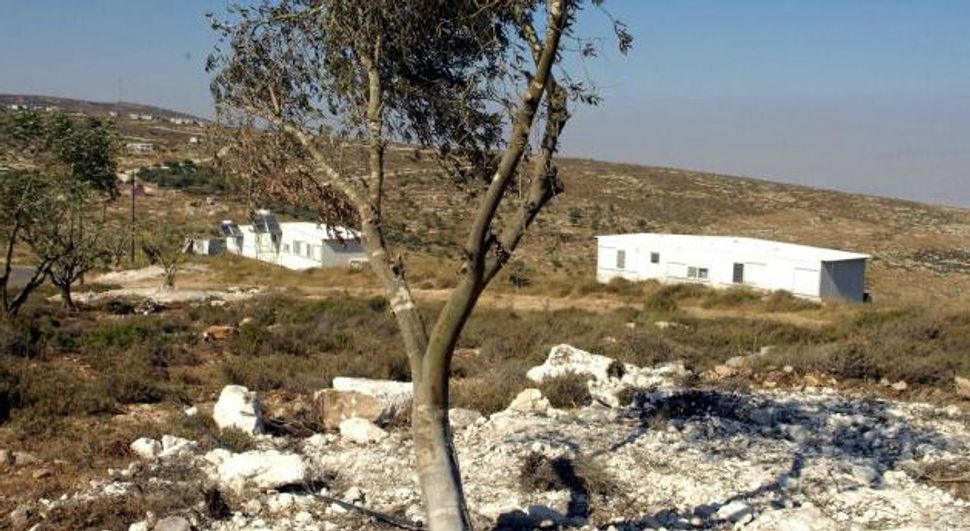 (Reuters) — Jewish settlers threw stones at the cars of a U.S. diplomatic delegation which came to inspect vandalism to nearby Palestinian-owned trees in the occupied West Bank on Friday, Israeli police said.

The U.S. embassy in Tel Aviv and consulate in Jerusalem had no immediate comment on the incident outside Adei Ad settlement, which caused no casualties. Such incidents are rare though Washington disapproves of Israel’s settlement policy.

An Israeli police spokeswoman said the delegation arrived at Adei Ad in U.S. diplomatic cars without first having coordinated the visit with Israeli authorities. She said the purpose of the trip was to inspect nearby trees that had been uprooted in what their Palestinian owners suspect was vandalism by Jewish settlers.

“Rocks were thrown at them by residents of Adei Ad. We are investigating. Arrests have yet to be made,” the spokeswoman said. She said she did not know of any damage to the vehicles and had no further information on the delegates’ identities.

An Adei Ad resident who spoke to Reuters on condition of anonymity said that he had not witnessed the incident but had been told by fellow settlers who were involved that the U.S. delegates came within 50 yards (meters) of the settlement in two diplomatic cars accompanied by local Palestinians.

The resident said several settlers went out to confront the group. He declined to confirm or deny that the settlers threw stones, but said two armed diplomatic guards briefly emerged from the cars.

“One had a pistol, the other an M-16, and they pointed them at the settlers,” the resident said.

Asked about this account, the Israeli police spokeswoman said: “We have no indication that anyone in the U.S. delegation brandished weapons.”

The Adei Ad resident said some 40 families live in the settlement. Around 500,000 Israelis live in such enclaves among 2.5 million Palestinians in the West Bank and East Jerusalem, which Israel captured in the 1967 war and which most world powers envisage as part of a future Palestinian state.

Most world powers regard the settlements as illegal and the United States cites their growth as among reasons for long-stalled Israeli-Palestinian peace talks. Seeing the land as a biblical birthright and security bulwark, Israel says it would keep blocs of settlements under any Palestinian statehood deal.