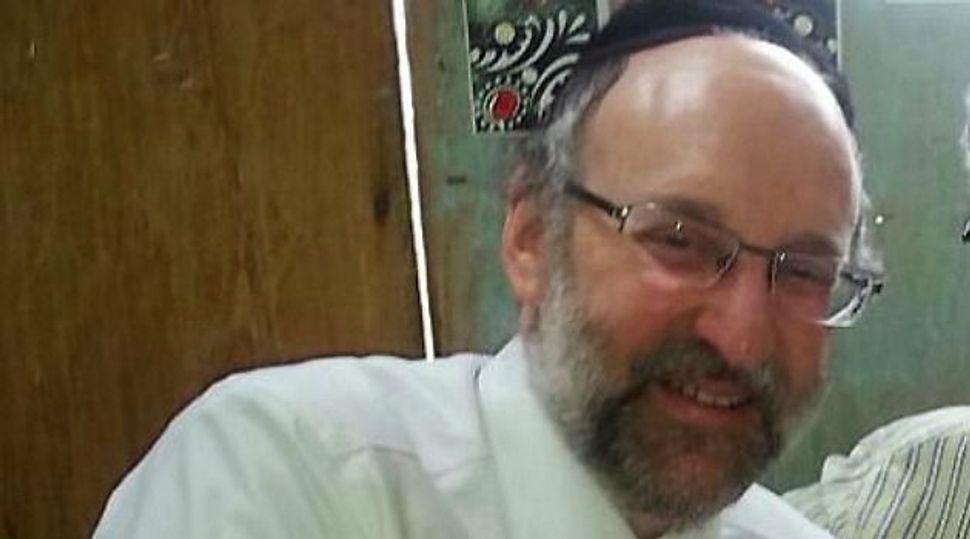 The UJA Federation of Greater Toronto raised more than $100,000 for the family of a victim of a terror attack on a Jerusalem synagogue.

Jewish Agency for Israel Chairman Natan Sharansky presented a check for more than $100,000 to the family of Howie Chaim Rothman on Monday. Rothman’s wife, Risa, and his brother Steven, who is visiting from Toronto, met with Sharansky in Jerusalem.

Howie Rothman immigrated to Israel from Toronto 30 years ago. He and his wife have ten children.

Rothman, who was brought to the hospital without a pulse in the wake of the attack, remains in a coma, although his wife told Israeli media that he is breathing on his own and appears to respond to hearing visitors talking. He will never see again in his right eye, since his optic nerve was severed when he was hit in the head with a meat cleaver.

Four worshippers and a Druze police officer were killed in the attack. Police killed both assailants, who were identified as residents of the eastern Jerusalem neighborhood of Jabel Mukaber.