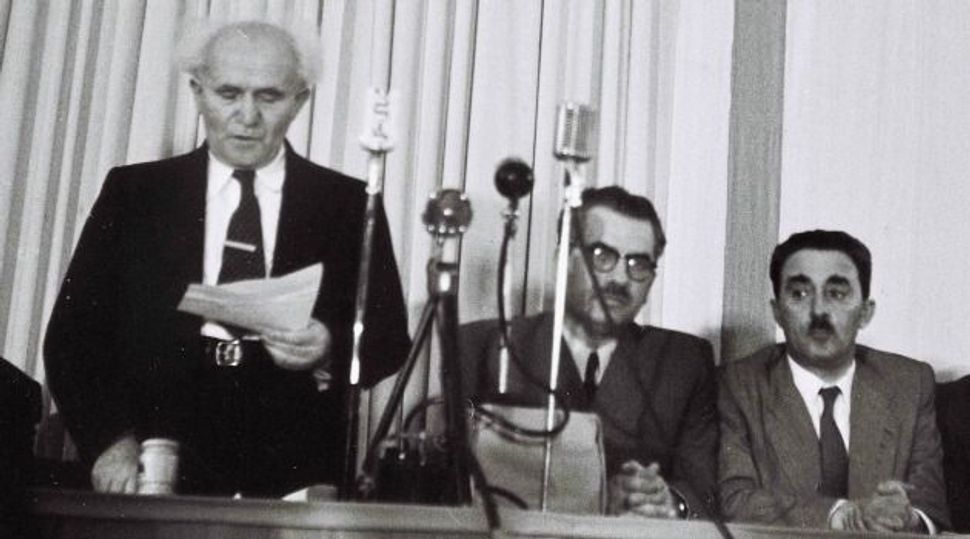 Israel’s Declaration of Independence was photographed using special technology to preserve it for future generations.

The document was removed Tuesday from the facility where it is stored in a special environment to ensure its preservation. It then was photographed using technology developed especially for the delicate and history-laden Dead Sea Scrolls.

The project is a joint initiative of the Israel State Archives and Israel Antiquities Authority.

The scroll was photographed in the LunderDead Sea Scrolls Conservation Laboratory of the Israel Antiquities Authority, using an advanced multi-spectral photographic system that allows shooting different exposures at a number of wavelengths – from the visible region to the near infrared region of the spectrum.

The advanced photography will provide information regarding the texture of the material from which the scroll is made, its ink and its surface.

The combination of exposures in the visible range will provide a high quality and exact color photograph identical to the Declaration of Independence, while exposures in the near infrared region will allow reading written characters appearing on the document which have faded over time.

The photography also will allow experts to assess the current condition of the document and map out measures to preserve the scroll.

“Today the scroll is stored in an environment with special lighting and temperature conditions, in a secure and guarded facility of the Israel State Archives.

Until a decision is made regarding how the scroll is to be exhibited to the public, we will continue performing various operations aimed at documenting, revealing and preserving the scroll for future generations,” said State Archivist Dr. Yaacov Lozowick.

The scroll was read as a proclamation of independence, on May 14, 1948, in the house of the city’s first mayor, Meir Dizengoff. Twenty-five members of the Provisional State Council signed the declaration and twelve others who were in besieged Jerusalem signed it later. The scroll is 117 cm long and 29.7 cm wide. It is made in three parts, and bound on the side with an interwoven thread and a wax seal.