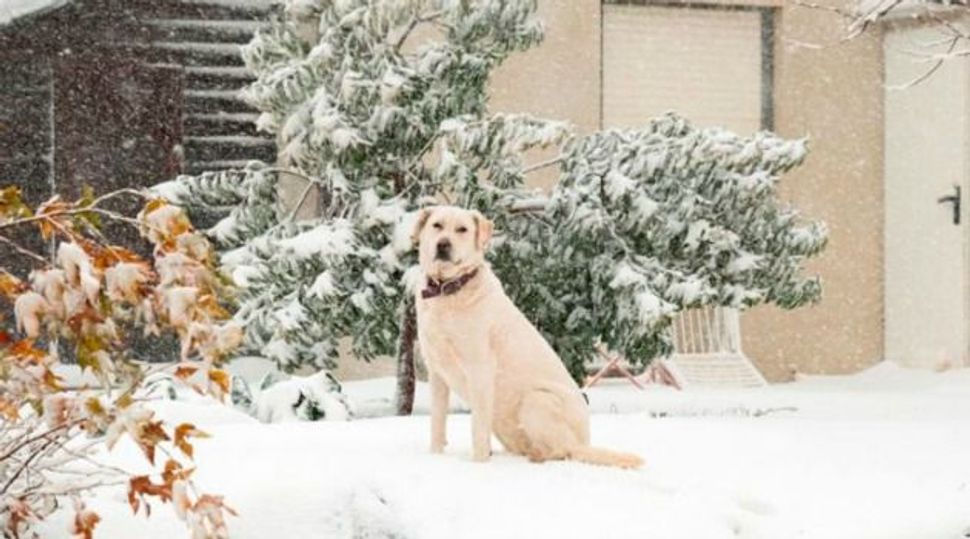 At Least Someone’s Happy: Pooch enjoys the snow in the Golan Heights as a major winter snow slammed Israel. Image by Ilan Hadar/Haaretz

The main roads were closed into Jerusalem as the worst storm of the year gathered strength.

The storm moved in late Tuesday night and many Israelis woke Wednesday morning to freezing temperatures and snow in the air.

Flooding is also a concern for central Israel, as is the limited visibility expected due to sand storms in the south of the country.

Despite heavy hail at Ben Gurion International Airport, most airlines continued to fly on their regular schedules. Some 1,500 extra Israeli troops moved to northern Israel to help close roads as needed and to dig out stranded drivers.

Snow and rain are expected to continue to fall in northern and central Israel throughout Thursday and Friday, with more rain expected over the weekend.